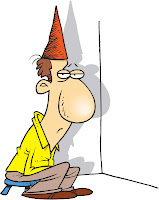 I haven't written a "stupid and dangerous" column lately because I've been writing about the 2% solution looking for a problem. But some stories just must be talked about. Once again, a law abiding gun owner foolishly thought his gun was not loaded and shot himself in the head. This was both stupid and dangerous. Loaded guns in the home are dangerous. The man is in serious condition after this senseless act of shooting himself in the head. Where is common sense?

Whenever a child shoots another child, it makes the news. This is happening far too often. The latest is this tragic story about an Idaho 2 year old shot by his 3 year old brother. Loaded guns in the home are dangerous. They need to be locked up and kept away from curious children. This family will be suffering for a long long time and the 3 year old will likely never get over this one. Where is common sense?

I just returned from a fund raising lunch sponsored by our local Safe Haven Shelter for women. The chair of the shelter board is our Deputy Police Chief who reminded us of a shooting several months ago in Duluth about which I blogged. It was a man who had robbed a store, stolen a car at gun point, led the police on a chase and rammed it into a house. He ran into the house where the home owner, a young woman, was shot in the scuffle and the man himself was shot to death by police. The man's partner was in the car with him. She had been a shelter resident and now sits in the local jail. My minister was at this event and sat at my table. She had to leave early because she goes to the jail once a week to have a session with the women there. This woman is known to her. Also at my table were several board members of the Domestic Abuse Intervention Programs, our county Sheriff and the now former and retired deputy Police Chief and a few other folks. We all nodded in agreement with the Deputy Chief about the dangers to others in our community when domestic abusers with guns are in homes and on our streets. The Sheriff and I had a conversation about yesterday's senseless shooting of 8 people in the California beauty salon. The room held about 200-300 people. If I had stood up and asked for a show of hands, since I knew many of the folks in the room, every single person in that room would have stood up in support of sensible gun laws.

During the event, we saw a powerful video about how domestic abuse affects children. There were a lot of watery eyes in the room. We didn't have to say much. The discussion as we left the event and chatted was about yesterday's California shooting, another domestic shooting. Many people were wondering how this country tolerates mass shooting after mass shooting after mass shooting. Too many stupid and dangerous things happen with guns. They are weapons meant to kill. And kill they do. So as we listened to the stories of abused women, and one woman who told her story about her husband threatening to blow his brains out with a gun if she dared to leave him, a House Judiciary Committee heard ridiculous arguments about why this country needs H.R. 822. Here are a few of the comments from committee members as tweeted to me by a friend and my comments about them:

Rep. Deutch Democrat of Florida notes that Florida is giving guns to misdeamont sex offenders. Is that what reciprocity will look like if this law passes?

Rep. Conyers, Democrat of Michigan points out the obvious- there is no national data base for gun permit holders. How will law enforcement be able to check on permits? They won't of course. But the gun lobby doesn't concern itself with such details.

Rep. Cohen, Democrat of Tennessee removed himself as a co-sponsor of the bill saying it was repugnant to his view of gun rights. I wonder when he got some common sense?

Rep. Dan Lungren Republican of California says states have "general police powers" under our Constitution. Really? They're trying every angle.

Rep. Quigley, Democrat of Illinois made it clear that H.R. 822 sets the bar @ the "lowest common denominator" in terms of concealed handgun permits. He's right, of course.

Rep. Gohmert amendment to allow concealed handguns in DC fails as the NRA instructs GOP committee members to vote NO. Interesting. Whatever the NRA wants or doesn't want is what some in Congress will do.

Rep. Lungren (R-CA) asks if we really want to let misdemeanant sex offenders carry guns? Seems incredulous. Didn't he realize that what was would happen if this bill passses?

Rep. Nadler, Democrat of NY tells Rep. Franks if Arizona wants to allow misdemeanor sex offenders to carry guns, fine. Don't make other states do it. Didn't they realize that was what would happen if this bill passes?

Rep. Franks spoke in favor of allowing those on the Terror Watch List to carry guns legally in other states. Great idea really.

Rep. Franks compared having a cleft lip to being on the Terrorist Watch List in terms of the threat to public safety. Where did this guy come from? As a Speech Language Pathologist, I can tell you unequivocally that someone with a cleft lip is on danger to us but someone on the Terror Watch list could very well be. I guess they will say anything to get their bill.

The following Republican House Members just voted to allow those on the Terrorist Watch List to carry guns in public in states outside their home state: Smith, Gallegly, Sensenbrenner, Goodlatte, Forbes, King, Adams, Franks, Gohmert, Quayle, Poe, Jordan, Chaffetz, Griffin, Gowdy, Amodei, Lungren, Ross, Marino. Check out to see if your Representative is on this list. Ask him or her how they could vote for those in the terror watch list to carry guns all over our country.

Rep. Jackson-Lee (D-FL) introduced an amendment to bar those with misdemeanor stalking convictions from carrying guns in outside states. This just makes too much sense. Let's see who votes against this one.

GOP House Judiciary members were virtually unanimous in voting today to allow the following individuals to carry guns in public in states outside their home state: 1) Misdemeanant sexual offenders 2) Individuals on the Terrorist Watch List 3) Individuals with misdemeanor convictions for stalking.   We really must have this bill. If the NRA says we need it, they will vote for anything without thinking through the real life consequences. Or maybe they have thought through the real life consequences which is even scarier and stupider!

So, you get the idea. This is just the latest and most extreme example of the stupid and dangerous things proposed by the NRA and its' minions in Congress. Tomorrow the bill be marked up and voted on in full by the committee after which it will go before the full House. Let's see which members of Congress, blinded by the power and control of the NRA will vote in favor of H.R. 822. It's the 2% solution looking for a problem. Where is common sense?