Standing up to the NRA 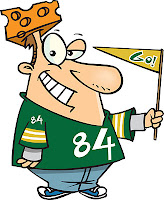 The new Wisconsin gun permit law is changing by the minute. Here is the latest challenge to common sense. Governor Walker has decided that maybe it is a good idea after all to require some training for people who want to carry loaded guns around in public. The NRA disagreed with this idea ( see my post from yesterday- "In My Neck of the Woods" for more information.

"The rules have created an unusual schism between some Wisconsin Republicans and the NRA, a powerful lobbying force and a staunch GOP ally. The gun group has argued that Republican Attorney General J.B. Van Hollen overstepped his authority by inserting mandates in the rules that people take at least four hours of training and get instructors' signatures on completion certificates - requirements that weren't included in the legislation.

Sensitive to the NRA's might, Walker issued a statement saying he had to approve the rules so that concealed carry can begin on Nov. 1. But he told DOJ he wants to see changes in the permanent regulations."

Will Walker equivocate later and give in or will common sense prevail? Of course the Governor is under some different pressures since there will be a recall effort starting in November. Maybe he is figuring that adding no training requirements for gun permit holders would not sit well with the majority, as it doesn't, of course. The NRA has different priorities- that would be freedom over responsibility- whatever the word freedom means in this context. It is thrown around as if it is a conversation stopper by the far right gun extremists.


"Make no mistake," Chris Cox, executive director of the NRA's legislative arm, wrote in a letter to Van Hollen last week, "the final law was meant to enact a broad and accessible right to carry for responsible, peaceable persons within the state, with a presumption of freedom, rather than of extensive regulation."

I hope all of those "responsible, peacable persons" with only four hours of training will keep their guns in their holsters in public places.  But we wouldn't want to alienate the 2%ers after all.


The governor can't officially demand changes in agency rules, but the rules committee can. Republicans control the committee, but it's unclear whether they'll seek changes in light of the NRA's complaints and Walker's displeasure and, if so, if they would wait until after the law takes effect before making a move. Any delay that pushes rule approval past Nov. 1 likely would alienate gun supporters, who have been waiting years to be able to legally carry concealed firearms.

Closer to home for me, the campuses in and near Superior, Wisconsin have taken a stand as well. They don't want concealed firearms in college dorms and sporting events.

The new law also will affect private colleges. In Ashland, Northland College spokesman David Wahlberg said he is concerned that concealed firearms would be a major distraction in the classroom.

“If our focus is going to be on the quality of education, we want to keep that focus on those activities. The presence of concealed weapons hasn’t been connected with improvements in student outcomes. We don’t see a reason to permit concealed weapons in classrooms.”

Wahlberg said they will be putting up signs at Northland College at all building entrances.