The silence is killing us 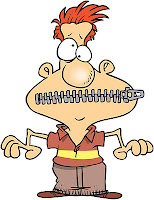 Every once in a while an elected leader decides to speak the truth about the gun issue. Such is the case here for Nevada Assembly Judiciary Committee Chairman William Horne concerning Nevada gun laws after the mass shooting at the IHOP restaurant. Duh! Why is that legislators are so afraid to mention gun laws after mass shootings? Because the NRA has everyone so afraid to bring it up that they are silenced. The silence is killing us. Here is what Representative Horne said:


"I think it's a good question to ask: Why does a typical citizen need to have an assault weapon?" he said. "I think we're at the point where we have to have that discussion. Can we protect citizens without impacting other people's rights?"

National Guard Sgt. Caitlin Kelley, who was seriously injured by Eduardo Sencion in the Sept. 6 rampage, said the mass shooting has made her furious about gun laws.

"I can't imagine why we are even selling assault rifles to civilians," said Kelley, who now must use a wheelchair after being shot in the foot. "There's no reason for an AK-47 or an M-16 or an M-4 to be in a civilian's home."

And what is the NRA's response?


Robert Smith, president of the Nevada State Rifle and Pistol Association, said the problem is not guns; it's the people using them.

"It isn't the weapon that's bad, it's the person" who commits crimes with the weapon, he told the Gazette-Journal. "If you keep them away from private citizens, you're making the private citizens unarmed targets."

Trying to make policy based on emotion _ such as the response to the IHOP shooting _ isn't good policy, said Carolyn Herbertson, a Sacramento, Calif.-based National Rifle Association lobbyist who's registered to lobby at the Nevada Legislature. The NRA has three paid lobbyists in Nevada.

They are kidding, right? Wrong. This is what I get from gun rights extremists on my blog all the time. We shouldn't have victims' stories. We're dancing in the blood of victims. We're too emotional. Of course this is their way of forever delaying doing anything about common sense gun laws. Since we have so many shootings in this country and so many victims, we'll never get anything done to make us all safer if we wait until we have no more gunshot victims and no more emotion. I suppose if we wait long enough, we might also forget the last mass shooting. Let's see now, since the IHOP shooting, 8 people were shot to death in a beauty salon in California and a few other double and triple high profile shootings have occurred. Maybe we'll forget that U.S. Arizona Congresswoman Gabrielle Giffords was shot by a crazed gunman in Arizona who shouldn't have had guns either. Or maybe I will forget that my sister was shot to death almost 20 years ago and stop working on common sense gun laws. So if we wait to forget about the last mass shooting to pass sensible gun laws, well... you get the picture. Such "logic" should be unacceptable and should not go unchallenged. I will wager that Representative Horne is now experiencing the wrath of the NRA and the gun rights extremists for daring to put forward an idea whose time has come. Even local law enforcement agrees but gets to the core of the matter with this statement:

Washoe County Sheriff Mike Haley said while he doesn't see "any logic" to making assault weapons available to the public, a ban on such weapons would spark a sharp response by gun-rights advocates.

Haley noted IHOP customers were helpless to defend themselves against Sencion's assault weapon.

"But because of our love affair with weapons, we are subjecting the public to this type of violence," the sheriff told the Gazette-Journal. "If this is going to change, the public has to stand up and demand change."

Stand up Nevada citizens. Stand up for what's right and for common sense. The shooter at the IHOP restaurant was schizophrenic. He never should have been able to buy his guns. Where did he get them in the first place? Oh yes, right:


Despite being diagnosed as schizophrenic, Sencion legally purchased the weapon from a private seller in California. He also legally owned several other guns.

No background check from the private seller. That one was easy. And that is not illegal, by the way. It's just dangerous and stupid.  Can't people eat out at restaurants without fear of crazy people with assault weapons going on a shooting spree? Or a shopping mall, beauty salon, or University for that matter. What's wrong with us?