More NRA nonsense in the news 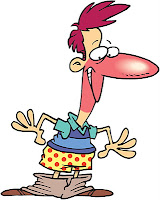 More NRA nonsense was exposed by media outlets while I was away from my blog. The Rachel Maddow show ran this piece on September 30th summarizing the latest paranoia and false assertions put forth by the NRA. In the piece, Maddow touched on the new Ohio law allowing guns in bars,( more on this later) on the "spokesperson" for the NRA on Fox T.V., on NRA Executive VP Wayne LaPierre's speech to the conservative CPAC conference  and other gun nonsense. I was happy to see other media sources reporting on the stories about which I have also been writing. The NRA and the gun lobby as a whole has morphed into more than just an organization that supports gun rights and hunting rights. Rachel Maddow aptly points out this phenomenon in the link above by reporting on right wing blogger Mike Venderbough of the Sipsey Street Irregulars who comments regularly on extreme issues, including gun rights. As it turns out, he is the new Fox "expert" on gun issues ( see link to The Maddow Show above).

Americans should pay more attention to what some of the far right bloggers are saying and doing. For example, if you look at the link above to Sipsey Street Irregulars, you will see some pretty outrageous and falsified information. Check this photo title out:

This is what is shown above a photo of First Lady Michelle Obama, obviously taken from a photo of her on a shopping outing to a DC area Target store. Many people criticized the photo and the First Lady after she was seen shopping like a regular citizen. Personally, I thought it was great. Who doesn't shop at Target stores? Why shouldn't the First Lady be able to shop there? But from the linked article, a quote from Fox News' Sean Hannity:


“One wonders if First Lady Michelle Obama truly thought she could pass for an ‘everywoman’ as she shopped” at Target, sniffed the Blaze, a Web site launched last year by radio host Glenn Beck.

And finally from right wing talk show host, Rush Limbaugh, ever the objective commentator for the Tea Party folks:

Whatever. But the linked article to Sipsey Street Irregulars with the doctored photo of Michelle Obama is an example of how the far right can turn anything into an opportunity to attack the Obama Administration. Thus, we have a photo of Michelle Obama pushing a shopping cart full of assault rifles supposedly walking the guns into Mexico as a spoof on the ATF's failed and much criticized "Fast and Furious" program. I have written about this many times before so I won't rehash it now. It has been roundly criticized by folks from the right and the left and surely deserves investigating. But there is no need to gin up the criticism of the program by using a photo of the First Lady to make a false point. The gun rights extremists have no compunction regarding common decency and telling the truth. One wonders then where these same critics of the program were during the Bush administration's same efforts to stem the trafficking of guns into Mexico. From the link above:

Also on Tuesday, the Associated Press reported that the George W. Bush administration conducted a program similar to Fast and Furious, in which Bureau of Alcohol, Tobacco, Firearms and Explosives agents were instructed to let Mexican drug cartel straw purchasers buy guns in the Phoenix area to follow the trail to higher-ups.

The truth is that the NRA has a credibility problem. They loyally criticize, falsify and distort anything involving the current administration. And they are only too happy to call for investigations. When their own board members are linked to the infamous convicted lobbyist Jack Abramoff, there is something actually worth investigating. This article from Josh Horowitz of the Coalition to Stop Gun Violence is a great exposé about NRA Board members and links to Jack Abramoff. From the article:


Corruption? Conspiracy? You have to wonder why Wayne LaPierre is spending so much time making up cockamamie tales about the Obama administration. The stories that can be told around the table at one of his NRA board meetings are infinitely more interesting...and real.

I don't make these things up, dear readers. They are based on very real information as opposed to the doctored and false photos and stories that appear, as the one linked above, in some of blogs and articles of the extreme right. Because the NRA itself is so good at making things up about the gun control movement and anyone who is opposed to their agenda, they have an "anything goes" mentality. This decision to get involved in extreme far right issues and non-gun related issues may just be enough to call attention to what the organization is really all about. Are they embarrassed by their lies and extremism? I doubt it. Perhaps in time they might just get caught with their pants down.

Meanwhile, the NRA is losing its' court battles to turn every gun law they don't like into one about their unfettered second amendment rights. On Tuesday, the Supreme Court decided not to take up an important gun rights case previously ruled on by a Federal Appeals Court which ruled against the gun lobby efforts to overturn gun laws passed in Washington D.C. after the Heller decision. From the Appeals Court ruling language: " “Accordingly, the bans do not violate the . . . constitutional right to keep and bear arms.”" This ruling was a victory for common sense and shows that the gun lobby just can't run rough shod over reasonable gun laws. The NRA's loss this week shows that the highest court of the land just does not agree with the organization's extreme views:


The US supreme court has refused to consider whether an individual's right to own guns includes carrying a firearm outside the home – staying out of one of the nation's most divisive social, political and legal issues.

And last week in Lubbock, Texas, a conservative court rejected the notion brought forth by the gun lobby, that 18 year olds had a right to own and carry loaded guns. From the article:


We're pleased that the court rejected the NRA's challenge to this common-sense gun law limiting teenage access to handguns," said Brady Acting President Dennis Henigan. "While the NRA keeps trying to get judges to strike down life-saving, democratically-enacted gun laws, courts around the country have agreed that the Second Amendment doesn't prohibit strong laws to keep guns from dangerous people.

And, of course, there have been several high profile shootings while I was away from my blog. One was a mass shooting in California- 3 dead and 3 injured at a party last week. Another California shooting is being reported as I write this post. Annoyed and disgruntled with your job? Just get out that gun that you own for self defense ( in this case, we don't know if the man was a legal gun owner) or steal a gun or buy a gun illegally or however you happen to have one, and start shooting. That is the American way! The shootings just don't stop. And they won't stop as long as the media and our elected leaders choose to run away from the real issues about guns and gun violence. The real issue is that too many people are shot to death every day in this country. If we put our collective will and minds to solving this national public health and safety issue, we could prevent and reduce shootings. Will we? Will common sense prevail?