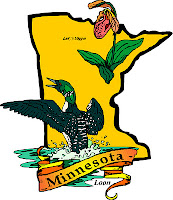 This is going to be an interesting case to watch. Did this Minneapolis permit holder have to shoot the perpetrator of a crime? There will be a lot more about this one before it's over and not much can be determined yet. But I had a few questions right off the bat. Do you shoot to kill at someone who has just robbed a person and injured them while you were watching? The woman in question did not receive serious injuries. Was this self defense? Would it have been enough to call 911 to respond to the scene? If you didn't have a gun in this situation, as I wouldn't have, what would I have done? I think I would have helped the woman and made sure the robber with his gun was still not on the scene. Calling 911 immediately, though, seems like a good idea rather than taking the law into your own hands. Vigilante justice is not a good idea. But here's the rub from the article:

Andrew Rothman, a Twin Cities firearms trainer and vice president of the Gun Owners Civil Rights Alliance, said Friday afternoon that if the events unfolded as the armed citizen described, "the permit holder acted appropriately. Chasing the mugger to recover the purse or to effect a citizen's arrest is permitted by law."

There is no way to know how this will end. But regarding Rothman's comments, above, this was the argument during the debate over the recent NRA sponsored Shoot First bill in the last legislative session. It will be the permit holder's word that the robber pointed a gun at him and he had to shoot in self defense. The burglar is now dead and can't tell anyone whether that was the case. With no witnesses, who is to know? Also, did the permit holder have to chase the man? He may have put his own life at risk by chasing the burglar when he could have called 911. Yes, the burglar may have gotten away. He got away with a woman's purse. Was that worth a life? Burglars are not nice people. I don't like what they do. They deserve to pay for their mistakes by serving time in jail. But do they deserve to be shot to death? That is the question here and it will be answered by the legal process.

And speaking of Minnesota shootings, what can we make of a coach shooting at a parent at a YWCA in Minneapolis?


Police officers soon arrived at the YWCA and interviewed Hill's wife. She said her husband owns a handgun. He does not have a permit to carry a handgun, according to the search warrant. He has no prior criminal record.

Where is common sense? It's hard to know what to say. Guns are dangerous. When there's anger and a gun, bad things can happen. Many gun owners are law abiding until suddenly they are not. In this case, though, the shooter did not have a permit for a gun. In Minnesota one must have a permit to purchase handguns and assault rifles, good for one year. Of course, you don't need to show that permit to unlicensed sellers at gun shows and other venues. So it would be interesting to know where he got his gun.

Be careful out there this week-end everyone. Be safe if you are going to the YWCA, the beauty salon, the grocery store, or anywhere where law abiding people are shooting at each other these days.
Posted by japete at 4:11 PM