In my neck of the woods 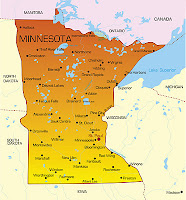 Am I imagining things or are there more shootings in the news of late? Unimaginable as this one is, a Minnesota father shot his two young children and himself and then set fire to their RV while camped at the rim of the Grand Canyon in Arizona. And further:


The double murder-suicide was the second tragedy involving students at the school in recent weeks. On Sept. 15, a 6-year-old Skyview student went home from school to find her parents dead. Her mother, Cintia Guadalupe Ornelas Bustos, 28, and baby sitter, Angela Uscanga Gonzalez, had been shot. Her father, Jaime Anival Almaras Velasquez, 32, committed suicide.

So that's 6 dead as listed in this one article. But there's more. Another domestic dispute led police to shoot this Minnesota man who came at them with a cleaver. He was injured so will likely be able to be held accountable for his abusive behavior.

And what about this early hunting season shooting? The victim was only grazed, luckily. When folks with hunting guns are walking around looking for game, the "game" should not include a human being. When guns are handy, however, they often get used. Guns are dangerous and designed to kill. During hunting season, disputes like this are rare but they do happen. I hope that we will not hear about more gun accidents or homicides during this hunting season. I grew up in a hunting family and my husband is a hunter though goes infrequently of late. I understand the hunting mentality well. Our cabin on a lake is surrounded by hunters and we hear gunshots in the woods close to our cabin. If we are there in deer season, we have to wear red and orange clothing so as not to be confused for deers. Actually, if it was allowed to discharge guns within the city limits, we could have our limit in the opening minutes of deer season since two 10 point bucks are hanging around in our yard eating our plants and scraping their antlers on our newly planted tree trunks. We regularly scare them away by any means- throwing shoes, yelling, etc. But they just look at us and continue their munching. But I digress.

This guy was in my blog once before. He shot himself with a shotgun, not easy to do, and then claimed he was shot by a black man. It turns out he was a felon in possession of a gun and had numerous other violations of the law. He apparently shot himself to attract the attention of a girlfriend so she would think he was a hero or something for being shot? Whatever. Some people have strange ideas about what to do to get a girl. All pleas to the contrary, the jury and judge did not believe this ridiculous story and he will serve time.

In the state of Wisconsin, whose shoreline I can see from my bedroom windows across Lake Superior when the leaves are off the trees in winter, the hullabaloo is all about whether or not the new law to allow people to carry loaded guns around in public should require people to have any training. Unbelievably enough, here is what one lawmaker thinks.

Republican state Rep. Evan Wynn of Whitewater also objected to Van Hollen’s proposed rules on Thursday, saying the training should depend on experience, not time.

Wynn supports an even broader law that would allow people to carry concealed weapons without a permit. Once Wisconsin’s law takes effect next month, Illinois will be the only state in the country that bans concealed weapons.

Great idea. No training required to carry a loaded weapon around in public. Are we going backwards here or what? And then the NRA, whose mantra is always that they care about gun safety and, in fact, according to the gun rights extremists who comment on my blog, the permit holders are safer than cops and also better aims, says this:

The NRA is deeply disappointed in Van Hollen’s decision and will do whatever it can to overturn it, said NRA spokesman Andrew Arulanandam.

“It’s clear that the will is to allow people to gauge what their own needs are,” he said. “There are some people who need additional time and others who do not.”

Come on now. Really? Let's let people judge for themselves if they are proficient when carrying a loaded gun around in public? Great idea. Really great. What next everyone?

Also in Wisconsin, I guess some folks don't bother to obey rules about discharging guns within city limits. We all know that some people don't care about that law because people are shot every day in homes, public places and on the streets. Guns are dangerous. Bullets travel long distances. Innocent people in the line of fire get shot. Stupid and dangerous.

Really folks, what kind of world do we want? I'll answer my own question. Some- the 2%ers- are looking for a solution to a non existent problem. The argument from the gun guys that anyone can carry a gun anywhere with virtually no permit or no training and carry openly at that, is leading to what they really want. This is the slippery slope. To ascribe the name of something that your side is doing to accuse the other side of your own tactics is tacky, clever but false rhetoric. It has worked for far too long.

And then there's an exchange on my blog with a Minnesota permit  holder who is making claims that H.R. 822 will not change much in Minnesota. Except that people who Minnesota law enforcement would not grant permits to would now be able to carry their guns in all the same places Minnesota permit holders can carry, including bars and restaurants where alcohol is served. He is also claiming that there is not a national data base for checking driver's licenses just like there isn't one for permit holders. This is a false claim. My own Police Chief said that it would be impossible for an officer to determine the validity of an out-of-state permit in non office hours because of the lack of a national data base. I originally provided an incorrect link for this one. There are computerized data bases for law enforcement to check information about driver's licenses which can be shared. There is not such a data base for gun permit holders.

So in my neck of the woods, guns and gun issues are prevalent in the news media. Every day of late, there have been articles about shootings or gun laws or convictions. I think people are paying attention. I have had several people ask me questions lately about the news stories involving guns because they know of my involvement with the issue. All I know is that common sense does not prevail and should. I will be posting later today about more of the nonsensical comments at the hearing on H.R. 822 which is being heard in a Judiciary Sub-Committee of the House of Representatives.