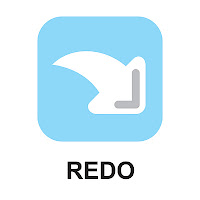 The game is back on. Today House Judiciary members decided whether guns should be available to domestic abusers or not, among other things. October is Domestic Abuse awareness month- good time to decide that domestic abusers should, indeed have guns. Here is how the discussion went as reported by a Twitter friend along with my editorial comments about the debate:


H.R. 822 is opposed by the International Association of Chiefs of Police, the Major Cities Chiefs Association, the Police Executive Research Forum and the 600+ mayors in Mayors Against Illegal Guns. Never mind. What does law enforcement know about anything? What do mayors know? Surely the NRA knows much more.

Rep. Johnson points out that LE's lack of ability to verify out-of-state permits with H.R. 822 would allow armed domestic abusers to cross state lines without impunity. Oh well. So much for safety for women who are abused and threatened by their abusers. Common sense isn't a factor here at all. Nor, apparently is safety.

Rep. Johnson pointed out to the committee that October is National Domestic Violence Awareness Month. Good for him. See my comments above. I doubt that the Republican NRA bought Congress members care a whit about that.

Rep. Franks suggested that the best strategy for women is to arm themselves gun for gun against their abusers. Right. Great idea. Except it just doesn't work out that way. Statistics show that women are at much greater risk for their own safety when living in a home where there are guns. Using guns to protect themselves has just not worked out the way the Congressman is claiming. It's a stupid and dangerous idea founded on no proof.

These Representatives voted to allow those who have been subjects of domestic abuse protection orders in the past 10 years to legally carry guns in public in states outside their home state: Smith, Coble, Gallegly, Forbes, King, Adams, Franks, Marino, Chabot, Chaffetz, Griffin, Gowdy, Lungren, Ross. Now we know who is in favor of safety for women and who is not. Shame on them. If any of these are your Represtentatives, let them know you are incensed by their vote.

Rep. Quigley (D-IL) introduced an amendment to require concealed handgun permit holders who carry guns into other states to have a modern, photo ID. Steller idea. The NRA will hate it though. It might just lead to registration and licensing. Oh my gosh. Terrible.

Rep. Quigley (D-IL) introduced an amendment to prohibit those convicted of assaulting or impersonating a cop from carrying guns into other states. Novel idea. I wonder who will vote against this one?

Rep. Franks described misdemeanor assaults and impersonations of police officers as "minor" crimes. Oh dear. It keeps getting stupider and worse the more this guy says.

The following Republican House Members just voted to allow those with misdemeanor convictions for assaulting or impersonating a police officer to legally carry guns in public in states outside their home state: Issa, Smith, Forbes, Franks, Marino, Chabot, Chaffetz, Griffin, Gowdy, Lungren, Ross, Sensenbrenner, Goodlatte, Quayle, Amodei, Gohmert. Is your Representative one of these?

Rep. Judy Chu (D-CA) introduced an amendment to prohibit those who have been convicted of selling drugs to minors from carrying guns in other states. Sounds reasonable to me. How about you? If not, why not?

Rep. Nadler highlights House GOP hypocrisy and cites their repeated attacks on women's reproductive rights. True enough from my viewpoint. I mean, where are the jobs bills? Abortion bills don't create jobs. But I digress. And then this comment, all too true: H.R. 822 would force states to allow concealed handgun permit holders from other states to carry guns on their streets.

And then, Rep. Quigley tells Rep. Gowdy that the GOP has taken "civil liberties" so far it protects the 2nd Amendment rights of suspected terrorists. Again, who are we protecting with this bill? Not the public, that's for sure. I suggest that the NRA bought Congress members are protecting the rights of domestic abusers, terrorists, sex offenders, drug abusers and others who shouldn't be carrying guns around on our streets.

Democrats on the House Judiciary tell Rep. Gowdy that states have a right to legislate for public safety, per the Supreme Court. Duh. Didn't they already know that? I guess they had to be reminded.

Rep. Gowdy (R-SC-4) suggested that the U.S. Constitution enshrines the right to carry a gun for self-defense, but he can't cite where. Hmmm. Oh well.

Oh, and then this: The following Republican Members of the House Judiciary Committee just voted to allow those with misdemeanor convictions for selling drugs to minors to legally carry guns in public in states outside their home state: Issa, Smith, Forbes, Franks, Marino, Chabot, Chaffetz, Griffin, Gowdy, Lungren, Ross, Sensenbrenner, Goodlatte, Quayle, Amodei, King, Poe. Another great idea. What are they thinking? Is one of these your representative? Call him or her out on this dangerous voting.

This has to be the question of the day: Rep. Maxine Waters (D-CA) wondered why the conservatives on the Judiciary Committee are being so soft on criminals/drug-pushers. Thank you Representative Waters. Someone at least has common sense.

Rep. Darrell Issa (R-CA), who is currently investigating the ATF, voted today to allow individuals with misdemeanor convictions for assaulting or impersonating police officers and individuals with misdemeanor convictions for selling drugs to minors to carry concealed handguns in public in states other than their home state. More hypocrisy. When it's what he wants, he investigates. Otherwise, he just lets the wrong people carry guns around all over the country. This should be investigated.

A Rep. Lungren amendment to mandate a GAO study of the risks with allowing people to get mail-order concealed handgun permits from outside their own states passed. Really? Something good happened for an instant here. Maybe there's hope. I guess this one made Rep. Chaffetz (R-UT), whose state mails concealed handgun permit holders to just about anybody, nervous. And well he should be.

The following Republican House Members voted to allow those between the ages of 18-20 to legally carry guns in public in states outside their home state: Smith, Goodlatte, Forbes, King, Franks, Chaffetz, Griffin, Marino, Adams, Sensenbrenner, Chabot, Quayle. Another good idea.

Here is actually a good idea: Rep. Jackson-Lee offers an amendment to create a database for law enforcement officers to access concealed handgun permits from outside states. What are the chances? Cries of licensing and registration will surely follow.

Check out this video when U.S. Rep. Trent Franks makes an ugly joke about "having to shoot someone" to gain political office in Arizona-

He "hopes" that the media will understand that this is a joke. Haha.

Rep. Bobby Scott reads a letter from the Virginia State Police. They require a 24/7 verification ability to recognize other states' concealed carry permits. Nonetheless- The following Republican House Members voted against creating a national database so law enforcement can verify permits of those carrying guns in public in states outside their home state: Smith, Goodlatte, Forbes, King, Franks, Chaffetz, Griffin, Marino, Adams, Sensenbrenner, Chabot, Quayle. Now we know that the NRA and its' supporters do not want law enforcement to be able to check on out of state permit holders, making their jobs less safe and decreasing overall public safety.

Then Rep. Franks argued that it will protect children by allowing concealed handgun permit holders to carry loaded guns in public in other states. How? What proof does he have? He's just spewing the usual NRA nonsense here. I hope someone will ask him how he knows this.

House Republicans continue to make the absurd and tired old argument that James Madison drafted the 2nd Amendment so that individuals with no militia responsibilities could carry concealed guns in public in states outside their home state. Right. Were there a lot of concealed guns in public when the second amendment was written? Did James Madison even envision such small and concealable guns?

The House Judiciary Committee apparently approved a Rep. Franks' substitute for H.R. 822. This made the bill even more dangerous. Great news for all.

Here it is- the new version of H.R. 822. It just got worse, thanks to Representative Franks. From the press release of the Brady Campaign:

"Before Thursday, the proposed legislation, sponsored by Rep. Cliff Stearns (R-Fla.), undercut the authority of individual states to set their own rules for concealed carry by allowing anyone with a concealed carry license from any state to carry into other states in defiance of the training requirements or other limitations imposed by that state on its own residents.

But the Franks Amendment forces states to recognize the concealed carry licenses of non-residents, even if they are ineligible to possess a handgun in the state where the carrying occurs."


For example, under Tennessee law, Tennessee residents with concealed weapons permits may be prosecuted for violating the State’s law prohibiting handgun possession by persons ‘while under the influence of alcohol.’

The Franks Amendment would make that prohibition unenforceable against someone with a concealed carry permit visiting from another state, who is caught in possession of a gun in Tennessee while intoxicated. The prospect of a concealed weapon permit holder being arrested while armed and intoxicated is hardly fanciful, since the state legislator who championed Tennessee’s law allowing guns in bars was arrested this week for possessing a handgun while under the influence.

The Judiciary Committee also defeated an amendment offered by Rep. Jerrold Nadler (D-NY) that would have limited the damage done by the Franks Amendment by at least allowing states to prevent out-of-state gun carriers from carrying concealed if they had been convicted of a misdemeanor sex offense against a minor.  Incredibly, the Nadler Amendment was defeated.

So just in case anyone thought the NRA and its' minions in the U.S. House of Representatives were willing to compromise, we see now this "take no prisoners" approach to legislation that will make us all less safe. This is dangerous and stupid. Where is common sense?