Congress changes with the NRA winds 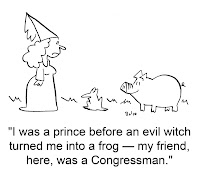 Things are changing. I can feel it in the air as sure as I feel the cold coming to Duluth. The fall leaves are mostly gone now. Night time temperatures are near freezing. A colder and snowier than usual winter has been predicted. Change is in the air. Congress is seriously thinking of jettisoning state gun laws in favor of a national law to allow anyone with a permit from any state to carry loaded guns around wherever they go. Stupid and dangerous but true. This would be an unwelcome change. Sometimes you just wish that Congress would go into permanent recess until they get a heart and a brain so we won't all be in more trouble when they are done with their sausage-making. But we are stuck with the current Congress where ideology trumps common sense and public safety. We are stuck with a Congress that just doesn't care about 98% of us who don't carry loaded guns around in public. This video from MSNBC's Al Sharpton program about the shooting of the New York woman outside of a school a few days ago gets to the point about our dysfunctional Congress:


Visit msnbc.com for breaking news, world news, and news about the economy

The video speaks for itself. Congresswoman Carolyn McCarthy, who lost a husband to a senseless Long Island subway shooting which left her son seriously injured, is a strong advocate for sensible gun violence prevention measures. She has a new website to stop H.R. 822. Check it out.

While Congress is stupidly considering H.R. 822, the victims and survivors of the Columbine shooting remember the day that changed their lives. A new and poignant video will be out soon about the massacre that took the lives of 13 and injured 21. Here's the trailer for the film:


So while Congress is considering ways to please the 2-3% of Americans who are inconvenienced when they can't carry their loaded guns around with them all over the country, please do think about the carnage happening every day on our streets. Think of the victims. Think of the survivors. Think of common sense. Think of the contrast between victims of shootings and a Congress willing to make it possible for more shootings to happen in our country. Then ask your Congress members not to vote for H.R. 822. Sign the petition to ask your Governor to stop H.R. 822. ( Note to readers- please refrain from comments insulting Congresswoman Carolyn McCarthy, Rev. Al Sharpton or victims of the Columbine shooting. Thank you.) Oh, and insults to myself will also not be published.