Who runs the NRA?

This post is cross-posted at Media Matters Gun Facts 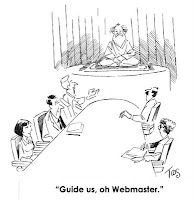 Here's a list of people who ran for the 2010 election to the Board of Directors of the NRA. There's a more current list on a new website sponsored by the Educational Fund to Stop Gun Violence. This new site provides information about the NRA Board and some of its' extremist Board members. Check it out for yourself. As you can see by my first link, only 7% of members even vote for their Board. They can vote for up to 25 people in just one election year !! Really? That is one large and unwieldy Board- 76 members who serve in some Board capacity for the NRA. Some of these board members are current or former members of Congress. Some members are also visible in the entertainment industry. One well known Board member, actor Tom Selleck, has donated some guns he used on movie sets to the NRA. Great. You may also remember Oliver North, who also serves on the Board of the NRA. It's always good to have a former member of President Reagan's National Security Council involved in the Iran-Contra scandal on your Board. At one point, North was charged and convicted of felonies but the charges were vacated, not because he didn't do that for which he was indicted, but because he was granted immunity. Does that mean he can own guns?  And sometimes Board members are just folks who have worked hard to defend their second amemdment rights against the fallacy that those rights are going to be taken away. Linda Walker from Ohio is an example of how hard work in the organization can lead to being elected to the NRA Board, which she was in the recent 2011 election.

Many NRA Board members are just folks like you and me who are working for a cause in which they believe. But I find myself curious as to how such a huge Board works together to get anything done. I am familiar with how boards work and take my various board member roles seriously. Are these Board members in name only or do they actually meet together in a room to make decisions about the organization? Are they figure heads as opposed to working Board members? Do they approve of a budget and personnel decisions? I know one thing for sure. These Board members often represent extreme positions on the gun issue and other issues. I wrote a post about NRA Board member Ted Nugent a while ago. Now there's a profile in weirdness. When he opens his mouth, one never knows what will come out next. Does Nugent represent the entire NRA Board? If so, are they all this extreme? If not, why is he still on the Board? Sometimes a Board member goes way off message and hurts the organization. I wonder if the NRA thinks that Ted Nugent speaks for them and approves of his violent and strange rhetoric?

Here is NRA Board member Ken Blackwell interviewed by Cam Edwards from NRA radio on a YouTube video. As you can see, the NRA is interested in all sorts of conservative issues other than gun issues. Does Blackwell speak for the NRA organization and its' members? You can read here about the controversy surrounding Ken Blackwell during his stint as the Ohio Secretary of State, his run for Ohio Governor and other issues. I have a particular interest in NRA Board member Larry Craig because of his ties to a scandalous incident at the Minneapolis St. Paul airport. You should remember that when Craig served in the U.S. Senate, he was charged with lewd conduct in a men's bathroom at the Minneapolis airport, leading to his arrest. I have spent a fair amount of time at that airport and recognize where it is by the photo on the link above. This is, of course, apart from Craig's role as an NRA Board member but remember that when Craig served as a U.S. Senator, he promoted many pro gun laws. Was there a conflict of interest in these votes by Craig?

So what happens when important legislative initiatives come before NRA Board members? Do they discuss strategy with their appointed directors? Are they involved in any decision-making regarding legislation? Are their conflicts of interest among Board members when making these decisions? This article points out that a number of NRA Board members are in management at gun and/or ammunition manufacturing companies. So how does that work? If the NRA is powerful enough to block legislation regarding bans on high capacity magazines, do their Board members profit? Keep those sales of ammunition coming. Those magazines are being used regularly in mass shootings all over the country. From the linked article, " In other words, what the NRA does has nothing to do with its members. They have created ever more lethal gun designs, laughably argue that one needs high-capacity clips for "defencive situations", (you never know when Genghis Khan and a platoon of Mongol soldiers might be right around the corner) and have supported concealed carry laws, according to Diaz, all in an attempt to keep selling ever more guns and gun paraphernalia." Does this represent the members of the organization or the Board of Directors? I'm just asking.

And speaking of conceal and carry laws, I am assuming that NRA Board members believe that H.R. 822 is a good idea. One prominent NRA member in the Minnesota legislature wanted to make sure that those of us opposed to this bill knew what the NRA is saying about it to Congress members. So, he sent along this OpEd from the NRA's lobbyist, Chris Cox to the Protect Minnesota organization just in case it was somewhow missed. This was in response to an action alert that Protect Minnesota sent out to supporters urging them to sign a petition against the bill. This piece explains why the bill is such a bad idea. Again, the NRA wants to have it both ways. I have written about their extremist positions in many other posts and how they try to argue from 2 sides to get their point across. But you can't argue, as Cox does, that H.R. 822, which would provide for reciprocity of gun permits between states, would allow states to pass their own laws. The total hypocrisy of that viewpoint is quite obvious but maybe not so much to the followers of the gun lobby who go along merrily without thinking it through. How can a state make its' own laws regarding gun permit holders if it now has to accept permits from states whose laws are vastly different and maybe much less strict? How about if we just enforce the laws already on the books, as the NRA so infamously says? Will any of the NRA Board members ask this question? Common sense should make it clear that the hypocrisy of the NRA's paid administrators and, by association, its' Board members concerning gun laws is making us all less safe.