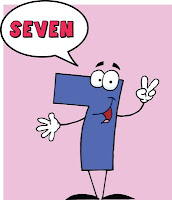 This post is cross posted at Media Matters Gun Facts

Here is this week's media coverage of stupid and dangerous "stuff" with guns and gun rhetoric. This is the 7th week of my reporting about gun incidents in the news. It's important that the news about what happens every day in our country with guns is spread to a wider audience. Why? Because then maybe it will be agreed that we must do something to prevent senseless shootings and stop the stupid and dangerous rhetoric about guns.