To shoot or not to shoot, that is the question 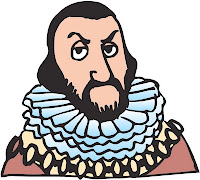 I can hardly put my thoughts into words better than Dan K. Thomasson from Scripps Howard News Service who wrote this great article about the hypocrisy of the gun lobby when it comes to guns in public places. On this very same topic, there has been a most interesting discussion here on my blog in response to my post about the 2 mass shootings of a few days ago. It came in response to this idea as expressed in the link above, " Most important was that the law abiding gun packer's explanation about his own actions just shot down the gun lobby's main argument for arming every able bodied American, man, woman, and child. That contention is that with everyone loaded for bear, we would stop a lot of these unwarranted attacks on civilization. Right! What the man who might have been a hero did is follow an instinct that nine out of ten other persons in his shoes would. When under assault by superior firepower, the best solution is to duck and run for the nearest cover and stay there."


The way this "discussion" evolved was a back and forth that happened when some of commenters changed their tune and insisted that they only want to carry their loaded guns in public to protect themselves and their families. These comments revealed the lengths to which the gun guys will go to defend their nonsensical argument that guns are needed everywhere. In this case, they are making the point for my view- that a loaded gun in a public place will not, in most cases, save the day. Now mind you, these are the same folks who have argued with me in previous posts that someone with a loaded gun in schools or other public places would save lives and protect the public because the police can't necessarily get there in short order. But suddenly, the argument has turned into the idea that guns are only for self defense of themselves and their family. What happened to the idea that an armed permit holder would serve as the protector of everyone in the room?


I have heard many times that an incident would certainly have turned out differently if only someone had had their gun. The one most frequently cited is that of Suzanna Hupp whose parents were killed in a shooting at a Texas restaurant. From the linked article, "She said that had there been a second chance to prevent the slaughter, she would have violated the Texas law and carried the handgun inside her purse into the restaurant.[4]" It's pretty clear to me that what Hupp meant was that she could have prevented the carnage had she only had her gun. The gun lobby just can't have it both ways here. If the idea that you must have a loaded gun in public places is only for your own protection, why don't we go back to the "may issue" permitting system which required that a permit applicant give proof that there is a reason or a need for a gun at all times? But if the idea is that you must carry your loaded gun around in public to protect the public from harm, it's different concept. This is more of the "make my day" idea that has been perpetuated by the gun lobby. There is absolutely no proof that having a loaded gun in public does what the gun lobby claims. In fact, what has happened instead are the many times that permit holders have shot others accidentally or purposely in public. I post about such things frequently on this blog.


At any rate, I digress. Here are the comments made on this blog about the new contention that guns in public are not to protect us all from shooters:

And then we went from the "sublime to the ridiculous" (a phrase my now deceased mother used frequently) :
And so, dear readers, I have argued that someone with a loaded gun in a public place will not be able to save the day to protect themselves or others for some of the very reasons expressed in the comments above. I mean, the shooter might have an overwhelming arsenal making your pistol ineffective; people freeze up and can't believe it's happening; this is a perfectly normal human reaction; the police are actually trained to deal with situations like this and permit holders are not necessarily, etc. etc. It is amusing to watch these folks turn themselves into pretzels to argue with common sense and then say common sense things themselves. If only our elected leaders would realize how disengenuous these arguments are. As Thomasson says above:" What those loyal members of the NRA seem unaware of -- if they really care at all -- is that Wayne and his boys really are shilling for the nation's arms manufacturers, spending millions upon millions of their members' dues greasing the palms of congressmen with campaign donations to do their bidding. And, boy, are they good at it! There's hardly a lawmaker on either side of the aisle in both houses of the national legislature brave enough to take them on. The ATF can't even get a permanent director confirmed by the Senate. That probably would be true even if the nominee had the NRA's quick draw seal of approval. Even the White House is cowed."
Posted by japete at 8:02 PM