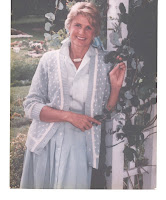 So, in Minnesota there have been about a half dozen people shot to death in the last few weeks. Why are we not alarmed about this? On Sunday, September 25th, we "celebrate" National Remembrance of Murder Victims Day. Will anyone pay attention to the daily carnage in our communities? Every year, bullets take the lives of about 30,000 people in America. Of these, about 12,600 are homicides. That is an average of about 34 people a day(statistics vary from 32-34). If that many people a day were dying of poison, or knifings, or drownings, you can bet that there would be an outcry and calls to do more. But because it has to do with guns and because the NRA has turned any discussion into one about their second amendment rights, reasonable discourse becomes controversial and impossible.

When other causes of death are numerous, groups of advocates and survivors are formed. They work hard to educate the public and get legislation passed or to change something to prevent and lower death rates. That is why we see so many breast cancer prevention organizations and fund raisers, walks and bike rides, etc. That is why the MADD organization began- to prevent deaths from drunk drivers. And that is why the Brady Campaign and its' Million Mom March chapters, Coalition to Stop Gun Violence, Violence Policy Center, and other similar groups began. (By the way, why is it often mothers who speak out about common sense? The Million Mom March also includes fathers, sisters, brothers, etc. of gun violence victims but having moms involved makes it resonate with the public and elected leaders. A grieving mom or an angry mom can drive a point home like no other.) But I digress. So let's look at some statistics:

Victims abound. I know too many of the victim's families and friends. I know their names.

So, as we remember this day devoted to victims of homicide, we should also remember the pain of the survivors. This blog has a video of a speech given by the mother of one of the survivors of the Virginia Tech shooting. Lori Haas. She speaks well for the victims and the survivors and states what those of working to end gun violence often say- "We are not going to go away." This reader's view in the Duluth News Tribune was written by my fellow traveler in the gun violence prevention movement. Not a day goes by that Mary and her husband don't grieve for their daughter whose potential has been lost to our community and whose love has been lost by her family. Parents of Murdered Children is a group meant to support those many whose children's love has been taken from them way too soon. From the website:

See also on this site the names of the many who have been murdered. Seeing and saying a name or a photo makes the loss real and makes the loss tangible to those who support the efforts to stop the violence that takes too many lives. That is why I have included a photo of my own sister who was shot to death almost 20 years ago. Today, please think about what you can do in the effort to prevent senseless murders. In the words of the mother of a gun homicide victim linked above:

On this day, the National Day of Remembrance for Murder Victims, I ask everyone to take a moment and remember people taken from us and what we all have lost. I encourage you to help prevent violence. Talk to a young person about handling anger and about modeling appropriate behavior. Support efforts in the schools, places of worship, community clubs and elsewhere that encourage people to value and respect each other. Send a message to your elected representatives asking them to support sensible gun legislation and provide the means for law enforcement to enforce current legislation.