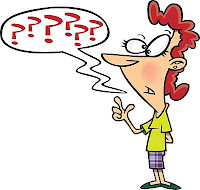 As expected, I got a lot of comments and questions on my last blog post telling me that I was lying or wrong about the effects of H.R. 822. Here are just a few (all spelling and grammar are in the words of the commenters and not mine):

"HR822 would allow individuals licensed to carry a firearm in one state to carry in another state. While carrying in that state, they would still be subject to the same laws and restrictions as a permit holder in that state.

Specifically, section (b) of HR822 states:

"(b) A person carrying a concealed handgun under this section shall be permitted to carry a handgun subject to the same conditions or limitations that apply to residents of the State who have permits issued by the State or are otherwise lawfully allowed to do so by the State."

The other issue you (and others) raise is that states with lower permit standards would be able to carry in places like Minnesota, and therefore we should not support this bill.

Let's take a look at a couple examples:

1) States like Massachusetts which have "may issue" rather than "shall issue" laws - and in my mind have a more stringent process than Minnesota. Massachusetts permits aren't recognized in Minnesota - shouldn't they be?

From another commenter on my blog:


Permit-holders also have to abide by the regulations of the State they're in. In Texas, "printing," or revealing in any way that you are carrying, permit or not, is a citable offense, and still will be if HR822 passes. In Ohio, if an armed permit-holder is involved in a traffic stop, he/she must "promptly" notify the officer that he/she is a permit-holder and is carrying. That won't change. California has strict guidelines as to what models of handguns are allowed and what models are banned. A permit-holder can't legally carry a banned model in CA, even if it's legal in their home state.

And then this one:


I have a Utah permit. Idaho has reciprocity with Utah, but Oregon does not. When i travel to visit family in oregon, I can keep my gun concealed through Idaho, but once I get to Oregon, it's illegal for me to conceal it. So I open carry it in Oregon, except that there are a few cities that ban open carry. In those cities, I have to the gun in the car, which makes me nervous, because cars can easily get broken into. I don't like the idea of leaving my gun unattended. Plus, while open carrying, I need to be prepared to answer people's questions, and that's stressful because I don't know how people will react.

Then you also get situations where states change their rules. Recently Nevada and new Mexico decided that they didn't want to recognize utah's permit anymore, so I now have the same dilemma in those states that I didn't have when I got the permit. Or there is California which doesn't recognize anybody's permit, and now is very close to banning open carry, so I'm effectively going to be denied the ability to effectively defend myself if I ever travel to California.

It would easier for everyone if I could just keep my firearm concealed. I would always have it within my control, and the public wouldn't be disturbed at the sight of a gun in the open, and police wouldn't waste time responding to calls on me while I'm at the beach with my wife and kids. And I would feel free to travel anywhere in the country, except for Illinois and d.c., but that's ok, because we all know there is no violent crime in those places right? After they have strict gun control laws.

According to some of these folks, this new law, if enacted, would do nothing more than... well, nothing more than allow what is already happening to happen. Unless it doesn't. What I get from the comments is that H.R. 822 would mean that people from other states would still have to follow the permit laws in the state they are visiting. That is what they already do now. So why pass a new law at all? Further, will all permit holders in every state know all the rules and follow them wherever they go?

It's simple, or maybe not so simple. Things are not always as simple as the NRA and its minions would have us believe. What the gun guys really want is to quash the intent of May Issue states and open up the possibility of residents in those states suing for equal protection by saying “If they get to, why not us?” See the Indiana case mentioned in my previous post. This bill is part of a legal strategy to overturn all permitting processes in the states. The fact that some states have no permitting requirements at all provides them with an excuse to sue under the "equal protection" clause in the constitution - a favorite strategy of the NRA. That way, they get what they really want through the courts. Unfortunately for them, they don't win many of these challenges. So May Issue states would be California, Massachusetts, New York, New Jersey, Connecticut, Rhode Island, Maryland and Hawaii. The permit holders in other states would just love to carry their guns into these states but they can't now. Thus we have H.R. 822. H.R. 822 will also allow concealed carry permit holders to carry in any state with a licensing system.  In other words, all states except Illinois.

Those May Issue states with the exception of Delaware, have NO current reciprocal agreements with any other state, so they would be most affected.  States like Nevada and New Mexico, recently rescinded their reciprocal agreements with Utah because the law is so lax. How would that work out under this new law? Would Nevada and New Mexico be forced to now have reciprocal agreements with Utah when they have decided they don't like Utah's loose laws? I suggest that maybe the NRA is upset with these states for rejecting loose gun laws that will make their own citizens less safe. As for Arizona, while you don't need a permit to carry in that state, in order to take a concealed gun in a bar, OR carry to another state (with which Arizona has a reciprocal agreement) you MUST get a CCW.  So, in Arizona, you still can get a CCW permit and would apparently need one to carry in other states. Or would you?

It turns out that the problem with the proposed legislation is more about who is eligible to carry their guns rather than where they can carry them. So one could assume that all the dangerous people in Florida who can get permits there can carry wherever they want. So yes, the gun guys are right in that the laws that determine where guns can be carried in each state would have be followed by visitors. Those laws are different state to state. Arizonans should not be able to carry without a permit in Minnesota for example. But you can bet that some Arizona resident will sue if he gets stopped in another state, and the courts may very well decide the "intent' of the legislation is for Arizonans to carry everywhere. And further, law enforcement would have to sort all of this out and know who is an in-state gun permit holder and who is not if there is a problem.

There are doubters in the ranks. See this blog for reasons why it is not a good idea for the federal government to get involved in determining rights to carry in all states.

Certainly, if H.R. 822 becomes law, it will benefit CC-permit holders… for a while. But once you allow the federal camel to stick that toe in your tent, get ready for it to inch further.

That bill creep might even start before it gets passed, as gun-control advocates begin to attach amendments defining exactly what a CC permit should be – or regulating it might be another way to word it.

And Congress just passes laws, it doesn’t enforce them. That’s done by the executive branch, which must set those “devil in the details” regulations to meet the “intent” of Congress.

Enforcing new regulations costs money. And that must be paid for.

If the bill becomes law expect “user fees” to pay for it.

And can this be done without some kind of date base? A listing of CC permit holders?

Really? Some one has thought out the potential problems with the bill, including that it will cost money? I thought we had to cut somewhere else if we add any spending measures in Congress. I would like to see suggestions as to where those cuts will come? See my next post for the comments from the National Association for Gun Rights about the reasons they oppose H.R. 822. The gun rights folks should get their act together if they truly believe this is a good bill. The claims are that this bill is quite simple. What's the problem anyway? If it's so simple and will really not change things that much, why in the world do the NRA and their advocates want this bill in the first place? The fact is, it will change things. It will take away the rights of states to pass their own gun laws- something the gun guys love in all other cases. This is about the carrying of guns by anyone anywhere. And if you believe the doubters from the side of the gun rights community, the bill could result in all sorts of unintended consequences- all the way around. This is not simple folks. When dealing with guns and gun laws, nothing is simple, by design. We are dealing with deadly weapons and who can carry them in public places. We are dealing with potential victims of gun injuries and deaths.This is important to get right and do right if we do it at all. Common sense does not win if this bill passes.