Confessions of an advocate for "civilian disarmament"

Two days ago I noticed a "tweet" from @Gun Truth linking to this article, posted by Robert Farago, Editor of The Truth About Guns. The linked article is a view of the "gun banners" and how the gun rights people can deal with us. The article is written by Sarah Thompson, M.D. who was a past Executive Director of Utah Gunowners Alliance.  My interest was peaked by the article and the claims contained therein. So I wanted to know more about the author and her views. I found many references to doctors named Sarah Thompson. But I noticed other references to articles apparently written by the Dr. Thompson in question such as: Rights vs. Social Utility and Hoplophobia Explored (" This is the original article that started the debate on gun rights as a medical issue. Col. Jeff Cooper coined the term "hoplophobia," but it was Dr. Thompson who initially examined it from a medical point of view.") For my readers' edification, hoplophobia is: " a "mental disturbance characterized by irrational aversion to weapons."[6" Jeffrey Cooper is not a mental health professional and this "condition" is not identified as a phobia in any medical definitions. But never mind. Facts don't often matter to some whose agenda is to attack gun control advocates. So, who is this mysterious woman who claims to be some sort of expert on "anti-gunners" and their psychological processes common to every person who wants to confiscate the guns of law abiding citizens?

A little more sleuthing led me to more articles supposedly written by Dr.Thompson. Here is a website associated with Sarah Thompson, M.D.- righter@therighter.com. I checked and found that this site no longer exists. Then I checked on this site- Fearless Life- listed on the linked article above. Now we're getting somewhere. Here is the story of Dr. Thompson, as shared by her on this site. If you read this account of her life, it doesn't seem to fit with her writings about guns. She is a now a retired physician who tried her hand at Emergency Medicine and then Psychiatry but didn't enjoy either medical practice. In her own words, " I am gentle and patient and am able to Work with people who are new to The Work or who are having difficulty finding their way, as well as those more experienced. I work from a meditative place of deep silence. I know that all the answers you need are already inside you." She admits to having been a citizen lobbyist, activist and founder of several non profit organizations but doesn't mention the Utah Gunowners Alliance.

So, to continue with the sleuthing, I could not find that the Utah Gunowners Alliance exists any more. When "googling" the alliance, I ran across this reference: " Most Gun Owners Disgust Me!" with a subtitle indicating that Dr. Sarah Thompson had "called it quits"  at the Utah Gunowners Alliance. I found this quite old article written by Dr. Sarah Thompson. I also found this one which clearly shows that Dr. Thompson was with the Utah Gunowners Alliance. Based on her story about herself and where she finds herself now, and the undocumented statement about gun owners disgusting her, perhaps she has changed her mind about her prior views. It would be interesting if she had since her article was all about the gun rights advocates working to change the minds of people like me.
According to the "astute" psychological analysis provided by Dr. Sarah Thompson, I have some pretty interesting psychological problems. O.K. I confess. I am projecting my feelings of rage and repressed violent and homicidal impulses onto inanimate objects. My defense mechanisms are showing. Should I deny that I am really coming to get the guns of the gun rights extremists or pretend that I am just a "professional victim" and carry on about my God given rights as a victim? Thompson writes: " Anti-gun people who refuse to accept the reality of the proven and very serious dangers of civilian disarmament are using denial to protect themselves from the anxiety of feeling helpless and vulnerable." Surely that is me. Anyone who knows me knows that I feel helpless and vulnerable all the time. What I actually want is " ...to outlaw self-defense and believe(s) innocent people have the obligations to be raped and murdered for the good of society." Yup. That fits. Oh, also I have "gun phobia- an excessive and completely irrational fear of firearms." I'm going to tell my husband to get rid of his hunting guns immediately. I didn't realize it until I read this article but this phobia is "usually caused by the anti-gun conditioning they've been subjected to by the media, politicians, so-called "educators," and others." Wow. And now I am the one subjecting people to this phobia. Oh dear.


Further, I learned that this particular problem is common to all "anti-gun" people- rage! "Because they can't handle their own feelings of rage, they are forced to use defense mechanisms in an unhealthy manner." What would that be? Ah- the "largest and most hysterical anti-gun groups include disproportionately large numbers of women, African-Americans and Jews. And virtually all of the organizations that claim to speak for these "oppressed people" are stridently anti-gun." Really? What kind of people are these? I do fall into one of those hysterical and "oppressed" categories-women. I am feeling relieved that my unexplained urges to argue with gun rights extremists can be chalked up to my psychological processes, which, as Thompson assures us, are not really mental illness. Phew! For a while there, I was getting worried.


There is so much to talk about here that I hardly know where to begin or end. The article was possibly written in 1997( though the date was not on the article but I saw something that indicated that year- and yet some of the references were to artlcles printed in 2000), first of all, so much of the information is dated and no longer makes sense given current organizations and realities. Thompson seems to have disappeared from gun rights writings when she walked out of the Utah Gunowners Alliance. Her sources include a lot of gun rights advocates and writings by people with clear biases against gun control such as John Lott, Gary Kleck and others. As a "target" of her writings, I find this article to be arrogant and offensive and quite astounding for its' lack of scientific research or actual medical research. I would call it junk science. But the worst of it comes at the end of the article when Thompson attempts to educate her readers about how to talk to people like me- gun violence prevention advocates, or, excuse me, "advocates for civilian disarmament": 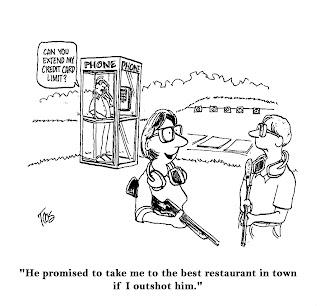 Let's get back to this mysterious article which was posted on August 30th. Reading the article by Dr. Sarah Thompson was instructive. It revealed to what great lengths the gun rights people have gone to advance their agenda. Some of my commenters must have read the article at some point because they have been practicing the techniques suggested by Thompson to try to persuade me and to offer "corrective experiences". So far, most of what they have said has not worked because, remember, some of us are hard to persuade and you just can't deal with us. 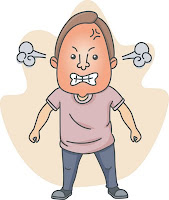 Common sense is what is needed. Dr. Thompson's article has resurfaced on a web page, for some reason, but her old ideas still resonate with some in 2011. Rather than rage, it's outrage we ( gun control advocates, aka "advocates for civilian disarmament") feel over the fact that the gun lobby is too powerful in the national discourse about gun rights. The majority agrees with our gun violence prevention efforts but our concerns are not heard. Or if they are heard, they are ignored because of fear of speaking out against the powerful and well funded gun lobby. "Corrective experiences" should involve talking about how we can prevent gun injuries and deaths and how we can work together on sensible measures to stop the shootings.

Addendum- in checking again for more information about the Thompson article, I noticed  that it had been posted at "Gun Nation". When I went to that site, I was so horrified by a doctored photo of President Obama that I stopped looking further. I suggest that you check this out if you want to know what the gun rights extremists are thinking and talking about. What does this photo mean anyway? Is the President the "Terminator" of all gun rights? Maybe these gun rights extremists should try some of the techniques suggested above to change his mind. Or maybe they should stop trying to scare their supporters into believing in a fictional world where "advocates for civilian disarmament" are wandering the streets with their phobias trying to take away everyone's guns.