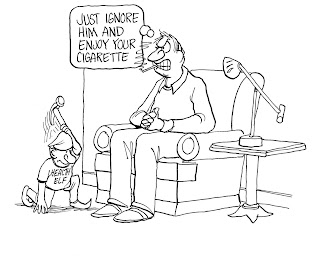 The actual cost of a bullet isn't much. Some people think the price of a bullet should be made more expensive in an effort to prevent shootings. But it's the aftermath of the bullets used in shootings that we should be concerned about. Now an article about the estimated costs of gun violence to the individual, the family, and the community has been published in boston.com. This article looks at the "costs" of gun violence in a more comprehensive way than we usually think about it. What about the costs of maintaining the crime scene and then cleaning the crime scene of blood and other body fluids? What about the cost to the neighborhood when no one wants to buy a house that close to a crime scene? What about the emotional impacts that last as long as 20 years which may require some kind of therapy? What about the actual Physical Therapy and other such services that go along with rehabilitation of gunshot injuries? The costs are great all the way around.

This older study from the Journal of the American Medical Association confirms the data from the linked article above. It deals only with the actual costs of gun injuries and deaths which are significant and paid, in part, by taxpayers. Where is the commotion about taxpayers paying for the medical costs of gun violence victims? If we want to lower our taxes and health care costs, here is one area that needs attention.

I have had a recent "discussion" with a commenter about whether medical journals are biased. It was, to say the least, a ridiculous discussion. The gun rights extremists are convinced that Physicians, their associations and any journals which are written by, sponsored by or articles compiled by physicians are necessarily biased against guns. Their proof is that some articles actually discuss how to prevent gun violence. How awful. Can you imagine that medical doctors would know anything about trauma and injuries related to bullets? Can you imagine that medical doctors are interested in saving lives and preventing senseless injuries? To attack a group of well educated medical personnel, whose knowledge about the subject of morbidity and mortality is, and well should be, much greater than the average person, is a funny way of trying to defend the second amendment. Of course, some of the folks on my blog think they know more than the experts in many areas and are not shy about saying so. Doctors, in my experience, have a lot of common sense. In fact, I'm counting on my doctor to have common sense when treating my ailments and helping me to lead a healthier life. Ignoring the advice of your doctor could be harmful to your health. Because I have two close family members who practice medicine, I'm all in favor of them practicing medicine with the best empirical and practical knowledge available to them. That is their job. They understand the risks to the health of their patients when their advice is not followed.

This article goes right to an on-line back and forth I had with one of my commenters who thought he knew more about medicine than the medical experts. Dr. Gary Slutkin, founder of the Ceasefire campaign has this to say: " Informed by my training and experience at the WHO, CeaseFire uses disease control methods to stop the  transmission of violence from person to person." The commenter to whom I referred above insisted that Epidemiology has nothing to do with violence. He is wrong. I suspect that the problem the gun rights extremists have with medical doctors being involved in prevention of gun injuries and deaths is that they may actually have an influence on a lot of people. And you never know, they might convince some of their patients that guns in the home are dangerous and could cause serious harm to children and family members. And that, my readers, would inevitably lead to the the confiscation of guns of all gun owners in America.(she said sarcastically)


Some new information for data collected regarding 2008 deaths and methods of death show clearly that firearms are the cause of the majority of homicides and suicides. There are no surprises here. I have referenced these kind of figures many times on this blog. Some in the gun rights community try to deny it but facts are facts. It seems that facts are not what the gun lobby likes. Fear and paranoia about gun confiscation is foremost on their agenda. We can prevent gun injuries and deaths if we use common sense and education. Sensible gun laws can and would make a difference. To say otherwise is disingenuous and false. We haven't really tried to pass sensible national gun laws in this country so we don't know how such laws would work. But other countries have and their gun deaths are vastly below that of the U.S. which leads the civilized world not at war in gun deaths per 100,000. That is unacceptable. Ignoring advice from the medical community is just plain silly. They just might be more convincing than other folks who work on gun violence prevention. And therein lies the problem for the gun lobby.
Posted by japete at 8:02 AM