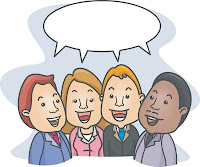 There are actually voices of reason in the "debate" over gun rights and gun control. These voices are muted by the much noisier and louder voices of the gun rights extremists. They often speak softer but they speak the truth to the untruths spouted by the gun lobby. It's a breath of fresh air when these voices are heard and read. The people whose voices have spoken up have dared to put themselves in the public arena about the wisdom of common sense gun laws and sensible talk about gun policy.  Watch this video as LAPD ( Los Angeles Police Department) Chief Bill Bratton and Richard Belzer, actor on Law and Order SVU talk about large capacity ammunition magazines. Thank you to Bratton and Belzer for putting their necks out for public safety and common sense. Large Capacity Ammunition magazines endanger the lives of police officers and the public as well, as in the case of the Tucson massacre.

A Florida Internal Medicine Physician wrote this piece for the New York Times about the new Florida law requiring that doctors not talk about gun safety with their patients. Dr. Erin Marcus had the nerve to write this about the new law, now being challenged in court: " As a general internist in South Florida, I often see the effects of gun violence. Many of my patients have been injured or disabled by a gunshot, or had a family member shot and killed. Shortly after the new law went into effect, local television stations broadcast a story about a 4-year-old in Miami who was accidentally shot by his 17-year-old half brother, who was playing with a .22-caliber rifle." And she added, at the end of her piece, " At the moment, however, those of us working in a clinic or hospital will have to imagine we live in a place where gun injuries aren’t a public health issue and forget some of the questions we learned to ask in medical school. In doctors’ offices in Florida, prevention has its limits." Right. Let's live in a pretend world where kids don't shoot themselves or others when they get their hands on a loaded gun. And let's not talk about it either. Thank you Dr. Marcus for daring to speak the truth about what the NRA and speaking up for common sense.

And last, but not least, is this editorial piece from Dan DeWitt writing for the St. Petersburg Times on the site of tampabay.com which just happens to speak the truth about the NRA. It's great when someone is willing to be out there in opposition to the extreme positions taken by the NRA. It's not easy to do, as I have found out. There are gun rights extremists who are willing to attack with impunity, to call names, to demean and debase, to issue threats, to verbally abuse, to make offensive and sexually explicit comments and to harass. If they don't like what you say, it's not just a matter of disagreeing. It's the way in which they do so. Intimidation is a favorite tactic. I love this from the linked article: " So let's note one more time that the group's sacred text, the Second Amendment, says the right to bear arms "shall not be infringed," and that, meanwhile, the NRA is the biggest infringer around. In Florida, it has infringed on business owners who want to keep guns off their premises, on doctors who try to have confidential talks with patients and on local governments safeguarding residents. Assuming gun owners value these rights of privacy, personal property and small governments to stand up to big ones, I wonder when they'll start telling the NRA what it tells everyone else: Stay the heck out of our business!" Thank you Mr. DeWitt for daring to speak the truth and common sense and to challenge the NRA's illogical arguments about gun rights.
Posted by japete at 3:28 PM