The NRA- a unique American experience 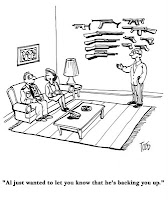 I have been writing and writing about the uniqueness of the power of the pro-gun rights at any cost NRA in America. It doesn't happen in other countries. Here is an article that reveals why the same tactics used in the USA to keep politicians from voting in the best interests of public safety don't work in Canada. Likely they don't work in any other country because the NRA is a unique American experience.

Beyond the power of the NRA is the mythology of the organization as it tries desperately to deny what is actually happening regarding gun trafficking to Mexico. When the NRA doesn't like a law or a ruling that attempts to promote safety, it just files a law suit to stop it. Of course, that is because of the deep pockets that allow the organization to spend a lot of money. Executive VP of the NRA, Wayne LaPierre, has been busy. He's trying his darnedest to explain away the Obama Administration's order for border state gun shop owners to report the sale of more than one long gun a purchase. What he doesn't explain, of course, is that the ATF will find this rule very helpful in aiding the gun trafficking to Mexico. " Forcelli explained that the rule "gives us a head start to investigate potentially unlawful sales. It is just another investigative tool like fingerprints. Alone, the reporting requirement isn't going to stop illegal activity, but it is going to give agents another tool they can use to keep guns out of the hands of criminals."" And what's wrong with keeping guns out of the hands of criminals again? Explanations need to be given for that one. I guess the NRA is not interested in saving the lives of Mexican citizens. What's the real reason for the resistance by the NRA? Follow the money. It's simple. The gun business is a big business.

In the lawsuit against the government, one gun dealer, a party to the suit, is offering up assault weapons for cheap. These are the very weapons used by the Mexican drug cartel. Is this a problem? And then, what about this one? The NRA and its' supporters need to explain how they can defend gun dealers and citizens such as these who are clearly contributing to illegal gun trafficking, which sometimes results in deaths and injuries. This has nothing to do with the second amendment or gun rights. This has to do with protecting the wrong thing- sales at gun stores and the manufacture of guns.

On the topic of the ATF, what has the NRA done to make the job of the agency more difficult? In this article you can read about how the NRA and its' supporters in Congress have kept the ATF from using the latest technology tools to adequately perform the job of monitoring gun dealers, making sure our criminal background check system works and other very important public safety measures. This paranoia and protection of the gun dealers and manufacturers by the NRA would be ridiculous and laughable if it weren't so sad and serious. This is the power of the NRA. And they get away with it, in part, because much of this flies under the radar of average citizens. It's a wonder the ATF can do its' job at all given the road blocks put up by the gun lobby, including the refusal of NRA backed Senators to confirm a permanent ATF Director.

The NRA is only too willing to insert itself into law suits all over the country to ostensibly protect second amendment rights. Here is a new NRA-ILA column that informs its' readers about litigation. It's instructive to note that the column failed to mention a very important case that the NRA recently lost. I have already reported on the lawsuit lost by the gun lobby in the case of the young man shot in 1999 with a gun taken out of a gun manufacturer's factory. No background checks on employees is a bad idea. The NRA likely knows this but has not made much, if any, mention about the lost case. The above-linked column writes about some of the cases won but if you read below, the gun lobby and its' supporters have lost almost every case brought since the 2008 Supreme Court Heller ruling. Why would they want their readers and supporters to know that they have lost so many gun rights cases?

Another article writes about how the NRA has actually not been winning all of these cases touted to members in the link above. From the article: " “This is serious business,” Wilkinson wrote. “We do not wish to be even minutely responsible for some unspeakably tragic act of mayhem because in the peace of our judicial chambers we miscalculated as to Second Amendment rights.” Isn't it interesting that even a conservative judge would see the flaws in the arguments of the gun lobby? Who wants to be held responsible for someone going on a spree shooting if you make the wrong ruling in a court of law? Guns are dangerous and it is, indeed, "serious business."

And then, of course, is the ever present political activity around election time. This round, the gun lobby was involved in the Iowa straw polls. If candidates don't bow to extreme views on gun rights, they will be in trouble with some voters, apparently. After all, with the lowering of our credit rating and the fact that we don't have enough jobs and all of the other problems in this country, gun rights should be considered to be of utmost importance? This article written by the National Association for Gun Rights, takes credit for the ex-Governor of my state, Tim Pawlenty, dropping out of the Republican Presidential race. There are many obvious reasons why Pawlenty called it quits. But from the article," You see, Pawlenty refused to tell gun owners where he stood on important firearms issues. Refusing to return a survey is often an indication that a candidate is hiding something — often anti-gun beliefs." Really? Governor Pawlenty signed the bill to change Minnesota's conceal and carry status from "may issue" to "shall issue" moments after the bill passed in the legislature in 2003. I guess even that is not enough for the gun rights folks. If you don't do what they want and sign their pledges and answer their surveys, you are not pro-gun enough. To say that Tim Pawlenty is ant-gun is ridiculous. Check out the website of the National Association for Gun Rights to see what else the group has to say about their grass roots gun advocacy. Though they are not the NRA, they espouse the same far right philosophy and have the same aims and same hyperbolic sense of their own power.

So, to summarize, there is nothing the NRA and its' friends won't do to make sure their influence is felt by elected leaders and candidates for office in this country and internationally as well. From the problem with guns from the U.S. being trafficked to Mexico for use by the drug cartel to the U.N.'s small arms treaty to stop illegal small arms trafficking around the world, the "uber" influence of the gun lobby is felt. It appears that the gun lobby supports what it deems to be rights to any kind of guns to carry everywhere over the rights of people to walk the streets without getting shot to death. Even when there is a program that, according to the ATF, works to keep guns out of the hands of the drug cartels, the NRA fights it.

It doesn't have to be this way. gWhere is common sense?
Posted by japete at 11:19 AM