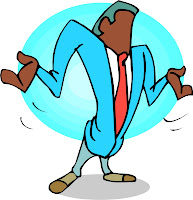 While I was away from my blog, so many things happened that require highlighting that it's hard to know where to begin or what to say. Let's start with this one- some teens had a copy-cat Columbine shooting planned for their first day back at school in New Orleans. Really, it's just a matter of time before another school shooting occurs. In America, they have become part of the expectations of our school year. That's why the campus of Virginia Tech was shut down for some hours last week. Why take chances? These are serious matters as everyone at that campus and the country knows full well.

But never mind, Representative Ron Paul wants to eliminate the gun free zone from schools so teachers and others can carry guns in schools. Right. Good idea. So now, when someone spies a gun on a college campus or in a school, they shouldn't call law enforcement or report it because that person could ( or then again maybe not) be a law abiding citizen. How can anyone tell? Good question. Or will we ask first whether the person with the gun has a permit before calling for help or dealing with an actual shooter who means harm? This is a conundrum that the NRA and its' friends and supporters have not yet explained.

So now, let me list just a few of the stupid and dangerous things from the news in the last week or so:

1. A Minnesota teen shooting at a squirrel shoots a woman instead. Right here in my home state, "The boy fired a .22-caliber rifle, and the round apparently passed through some shrubbery and struck the victim about 140 feet away." That's the problem with guns. The bullets travel and don't always hit the intended target. Guns are dangerous. I don't like squirrels in my yard either when they go after my plants or the bird feeder. But I have the good sense not to go shooting at them knowing that there are neighbors close by.

2. Someone needs to explain how these folks passed background checks when they bought their assault rifles, machine pistol and other guns in their arsenal. They all have criminal records and went on a crime spree last week, alluding police. " "We don't know where they're going or what their intentions are," said Nocco, the Florida sheriff. "May the Lord look over all of us, because these three are on some type of mission. And  it is a violent mission."" And this, " He said police fear the siblings are carrying "an arsenal of weapons." Tracing prior background checks run by gun sellers, police confirmed that Ryan Dougherty bought an AK-47 assault rifle – like the one used in the bank robbery – at a pawn shop two years ago. Similar checks showed his brother also owned guns."


3. I knew we couldn't go too long without another mass shooting in America. This one in Ohio was horrendous. The news was so focused on the Debt Ceiling debate and the downgrade of our credit rating that another mass shooting just didn't rise to the top of the news feeds. " “A person running through the neighborhood and firing a gun” prompted calls to police, Copley Police Department said in a news release late Sunday. At a home, the gunman shot his girlfriend, ran to a home next door and shot her brother and four others, then chased two people through some yards and shot one of them, police said." I say, "good grief"!

4. I would say that Ohio has had enough with the shootings, wouldn't you? This shooting is so senseless and irresponsible that it makes the hair stand up on my arms. What country are we living in again? How do things like this happens? Do you ever think about whether a bullet will come flying through your window and hit your child as she is watching T.V.? Maybe you should. And what good would your gun for self defense do in this case? Another senseless shooting of a child.

5. Speaking of guns for self defense, the NRA is quite sure that they ought to be able to defend themselves in those terribly dangerous school zones. Yes, mass shootings have and will occur at schools. But schools are not the places where most of our nation's shootings take place. This article is more about the Ron Paul link above." Politicians are terrified of any suggestion that they’re not “for the children,” and the Republicans and NRA are not inclined to work on something that makes Paul look good after he’s not supported them. The only thing that can give this bill legs is a groundswell of grassroots support demanding that Representatives sign on as cosponsors and work for passage." Right. Get busy everyone. Tell your Congressional representatives that you are in favor of having loaded guns on school campuses around children. I guess being "for the children" (above) is a bad idea to the NRA.

6. So being a teen in Minneapolis while riding a bike can get you shot but not as often as you could be. What? Oh well. Here's more about this story. " Family members say Taylor is a kid who is more concerned with playing basketball than hanging in the streets. Police say they believe the shooting is not random. His family said Taylor was in the wrong place at the wrong time." How can you be in the wrong place at the wrong time when you are just innocently riding your bike and get shot? When a young boy or girl gets onto a bike in the neighborhood, the thing parents shouldn't have to think about is whether or not their child will be shot. But when teens and others on the streets of our cities can so easily gain access to guns, it is one of those things that happens. Guns are dangerous no matter where they are.

7. I just hate to keep reporting on those pesky gun permit holders shooting other people but they keep happening. This one happened about a year ago when the Pennsylvania permit holder confronted a driver in a road rage incident. Unfortunately for him, and predictably, his gun fell out of his "holster" or back brace, as it is called in the article during the altercation. When a gun is available, it just might get used and in this case it was. Instead of backing away from a situation that could have resulted in 2 bruised and battered guys suffering from stupidity and road rage, one man is now in a vegetative state; the other is going to jail. How many times have I written this same line in my blog?

8. Oh, and this one seems like a broken record as well. It happens. Guns behaving badly. This time, a poor Arizona man was shot in the penis by his fiancé's gun discharging in his pants. Ouch! I know I have reported on a similar case not long ago. I wonder why this stuff keeps happening? Could it be because guns are dangerous and gun owners and permit holders suffer from lack of common sense? Sorry, I got distracted thinking about how many times I write about this stuff. Back to the story. This poor guy was just trying to help his fiancé out by putting her cute little pink pistol into his pants waistband before entering a store. Not a good idea as is turns out. This incident shows how ridiculous it is for people who think that carrying a gun into a grocery store will make them safer. The possibility of needing a gun for self defense in a grocery store is less than the possibility of shooting yourself or someone else with that gun. From the article: "  A gun tucked in a waistband, something commonly seen in television shows, might look "cool" and seem convenient, but in reality it is inherently dangerous."


9. This one is almost too tragic to write about but it happened in 2007 and the story about the conviction of a New Mexico father who shot his 3 year old son made the news recently. Here is another felon who shouldn't have had a gun but did anyway, trying to blame his son's shooting on a drive-by shooter. Shameful and senseless. And speaking of 3 year olds and guns, this Colorado child is dead at the hand of his own father who also killed himself. A comment on the article said that he/she had no problem with suicide, just don't take a child with you. Really? In many many cases, someone who commits suicide with a gun often takes someone else with them. I know that first hand. But back to this story, it is totally unimaginable that someone could shoot a 3 year old. I have a 3 year old grandson. These stories just tug at my heart and bring me to tears at the thought of someone shooting him.


10. And finally, I thought that gun shows didn't provide guns to felons. That, of course, is what the NRA and its supporters love to tell us. Private sellers don't have to do background checks in 33 states in the country. How can the gun lobby claim that private sellers just don't sell to those who shouldn't have guns? They can't, plain and simply. It's not necessary to require background checks on all gun sales at gun shows, they say. And yet, in Ohio, these men got caught buying from a private seller even though they are prohibited purchasers. " Two years after a local gun show was a target of a New York City investigation highlighting a loophole in federal firearms laws, local authorities arrested four men Saturday on a variety of weapons violations." Oh, and the gun lobby also hates New York City Mayor Bloomberg for his role in Mayors Against Illegal Guns and the undercover gun show videos showing how easy it is to buy guns without background checks. So here we have the Ohio law enforcement officers targeting the same gun show and finding actual prohibited purchasers buying guns without background checks from private sellers. Those folks who were luckily caught before they did someone harm with their guns, would have been stopped at the point of sale had that private seller been required to run background checks on these guys. Maybe they would have been forced to get their guns somewhere else. But why make it so easy by providing them with a "legal" market at gun shows?


How many examples do we need before we will do something about the shootings and the loose gun laws that allow people who shouldn't have guns to get them anyway? Common sense tells us that we can do something about this national problem. I have written about just one week's worth of articles and incidents involving guns, shootings and gun laws. And these are just a few of many. I wonder what next week will bring?
Posted by japete at 9:00 AM