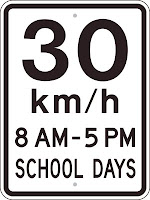 As school is about to resume again, it's worth thinking about school shootings and responses to them. For some reason, the "conversation" turned to that on my blog even though it was only mentioned as one smaller part of a post. But that's the way things go here. People get onto a topic and suddenly we are "off and running". So, recently, one of my readers said this about school shootings and allowing "law abiding" gun owners to be "first responders" for the same:


"We recognize we can't be everywhere at once, but neither can the police that you seem to believe will save everyone every time.


What we want you to recognize is that there are more of us law-abiding citizens than there are police, so allowing us to carry helps ensure that SOMEONE is there to help if needed. We'll help the police if they are present, but in their absence we'd be the only responders available. At the very least, the thought that a school might not be as easy a target, that someone there could shoot back, just might prevent some of these shootings.


Google-search "CPR Corollary" sometime to understand the concept of the citizen's role as first responder in the absence of police/EMS. Let us know what you think. Or don't, and we'll know anyway."

The idea that we should or could rely on a citizen gun owner to stop a school shooter is just a ludicrous notion for many many reasons:
So, back to school shootings and guns in schools- here is a premise from one of my readers:

" Well when I was 14 we were able to bring guns to school in order to hunt on the way home, if the presence of guns were the issue, why didn't something happen then? Might be the reason instead be the meds kids are being fed as well as the lack of value education.
If you look at all these spree shooters, they are all on Prozac or a similar type of anti depressant. Listen to the Ads on tv everyday regarding these depression meds " if you have feelings of suicide, or thoughts of violence please contact your physician". Nobody questions the cost of these meds in terms of the lives they have cost."

Is this true? The commenter thinks that there are more school shootings now because kids are on medication and, in particular, antidepressants. While it is true that the Red Lake, Columbine, and Virginia Tech shooters all had mental illness and behavior problems, there is certainly not enough cause and effect evidence to prove his point. My brother remembers kids bringing hunting guns to school. Handguns? I doubt it. What has happened to the sale of guns since, say, 1965? My theory is that the hunting guns that the commenter brought to school were mostly seen as just that- guns for hunting on the way home from school, depending on where you live, of course. Fewer kids are hunting now than in past times so kids who might think to bring hunting guns to school are few and far between. So when kids became less interested in hunting, fewer hunting guns were sold. Sales of handguns went up and with new laws passed in almost every state to allow people to carry guns in public, sales were helped. And generally, sales of guns have increased for other reasons. " “After being sold a lot of rhetoric and fear from the gun lobby about government taking their guns away and the need for carrying guns in public places, current gun owners must be making the purchases because overall gun purchases are declining,” said Toby Hoover, executive director of the Ohio Coalition Against Gun Violence." ( more on this topic in a later post). Assault type guns became more popular as well even though there was a ban on certain types of these guns from 1994-2004. And can anyone prove that school shootings are happening more in recent times because there is a ban on guns in schools as my commenters are suggesting?

As I was writing this post, several more threats of guns and/or explosives in schools have occurred . One was a student from Rochester, Minnesota, whose plan to shoot up his school was thwarted. The other, a student from Tampa, Florida, whose plan to blow up the school from which he was expelled, was discovered in time to prevent it. This 17 year old boy has a criminal record already having been caught with a concealed gun and also removing the serial number from a gun. Last week I wrote about several thwarted attempts at school shootings as well as false alarms of potential people with guns on school grounds. Common sense tells us that easy access to guns is a major problem in our country. Yes, there are kids on antidepressants who shoot up schools or make plans to shoot up schools. But where do these kids get guns? Not every kid on antidepressants decides to get a gun and shoot fellow students and teachers. The mixture of mental illness, kids and guns is a potent and dangerous one.

One of the best things schools all over the country have done is to make their physical facilities more safe. In Duluth, where I live, every school building will be made safer after a building plan to remodel or build new schools is completed in about a year. Each school will have only one main entry and all doors except the main door which funnels into the office will be locked after the start of the day. Anyone entering will either have to use an ID magnetized card, buzz the office or enter directly to the office with no access to the building except through the office. When we visited our daughter in Pennsylvania in June, we went to my grandson's end-of-year play. All visitors had to wait to enter the building until 15 minutes before the play. We all entered at one door "manned" by school staff who checked us off a list. These are changes schools have made for obvious reasons. These changes plus emergency lock-down plans in case of a shooter, will make our schools safer. They will not prevent all shootings since some students will bring guns and explosives into the building on their persons or in backpacks. But judging from the two incidents linked above, friends of students seem more willing to report incidents before they happen to authorities. Preventing school shootings before they happen is preferable to waiting until the shooter is in the building and calling on volunteer first responders. It's just common sense.