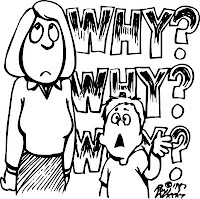 There is so much to write about that it's hard to know where to begin. I will blog more on my next post about the Norway attacks and home grown terrorists. We have both foreign and home grown terrorists in America and other countries who have an agenda that is very dangerous. Why oh why do they manage to get guns? But that is for the next post. For this one, let's examine whether more guns make us safer, especially in public places. Some think so. I don't. And when something like this happens at a car show in Seattle, it just doesn't prove the point of the gun rights activists who think that having their guns in public will make us all safer. When someone who has his gun in public for self defense shoots 10 people in just a few quick seconds, we have a problem. No one died. Phew, that's a relief. That gun surely made all of those victims feel a whole lot safer. I'll bet anything that guy with the gun is thinking differently today about his guns.

After the carnage in Norway, did we notice that there has been yet another mass shooting in the U.S.? My blogging friend, MikeB, has aptly pointed out that almost as many people die every day in America from gun injuries as were killed in Norway. 80 people a day die in America from gun injuries. This includes suicides, which account for the majority of gun deaths in our country and accidental shootings. The gun guys hate those accidental shootings because they are just not supposed to happen. But happen they do. They also hate the gun suicides because they think those should not be included in the total. Even if they weren't, 32 people in America die every day from gun homicides so their case is not very strong. That's a Virginia Tech a day.

But I digress. MikeB linked to an article about a shooting in Texas that killed 6 and injured 4. That's a mass shooting by any one's definition. It's right up there with the Tucson shooting in my book. But the press was so involved in reporting on the shooting in Norway that they hardly had time to cover this horrific story. Both my home town paper, the Duluth News Tribune, and the neighboring Star Tribune reported on the story though. Will anyone bother to pay attention to the story of a man who took out his anger and his domestic dispute with his wife on totally innocent people? Sometimes the stories about shootings in this country are just so overwhelming to most people that they don't know if they, themselves, can do a thing about it. Will anyone pay attention to this story about a house party in Florida where 9 people were wounded by gun fire? Will anyone pay attention to another Seattle shooting, this time at a Casino? Two dead and five wounded in yet another domestic dispute. But who's counting? O.K., I will. in the stories I have linked here, it looks like about 30 injured and 11 dead! What is going on?

Should we wonder why people like this man continue to be eligible for gun permits? Now 3 people are dead and several injured because a man who shouldn't have been able to purchase guns or carry guns got a permit anyway. This is the problem with many of our state's permit to carry laws. There was a reason that permits used to be "may issue". Sheriffs and local Police Chiefs understood that there were some people in their communities who would put themselves or others at risks if they were allowed to get a permit to carry or purchase. They screened applicants more carefully and had the good judgement to deny some folks permits. Now most states have "shall issue" permit laws making it more difficult to deny permits. Currently, all states but Illinois have some form of permits to carry loaded guns in public places. All of the laws are different allowing certain people to carry guns in certain places. Some states allow anyone to carry without a permit.

If you think this is insane, look below for what you can do to change the culture of gun violence in our own country. Doing something is better than nothing. If you feel helpless to do something about the daily carnage, here are some things you can do. In the light of the Norway attacks, it's easy to feel helpless, frightened and frustrated. Actions speak louder than words:


1. Contact your Senators and tell them you don't want a national conceal and carry law that will take the lowest common denominator and make it the rule about who gets to carry guns around in public. If you think that allowing people who shouldn't have guns to take them to places like car shows and roller rinks, then you think this bill is a good idea. It was defeated the last time Senator Thune brought it up but he must be running for re-election soon and the NRA is telling him to bring this bill up so he can score points with them. Shameful, given the facts about guns in public.

2. Tell your Representatives and Senators to vote for the Fix Gun Checks Act to tighten background checks on sales of guns. This is a good idea whose time has past, actually.

3. Tell your Representatives and Senators to vote for the bill to limit ammunition magazines to 10 instead of the unlimited shots that people can get off now with the magazines used in their guns. Why someone needs to get off more than 10 shots is beyond me- especially considering the Norway carnage and the Tucson shooting. The gun guys want these high capacity magazines. Why? Inquiring minds need to know.

4. Tell Congress to vote in favor of the Terror Gap bill that would put the names of people on the terror watch list into the NICS so that they can be stopped by federally licensed firearms dealers at the point of sale. Considering that we have both foreign and home grown terrorists, this bill is making more and more common sense and needs to pass.

You can participate in common sense gun policy by making sure your elected leaders know you are watching and wanting them to do the right thing. You can ask your elected leaders why they are failing to act on sensible gun legislation in the face of all of this senseless carnage. Let them know that you are sick of their denial and failure to act and that you want sensible gun policy. Elections are coming soon. Your voice should be just as loud as the that of the gun rights activists who have made it their life's work to see to it that people have more guns in every nook and cranny of our country. I know that many of them will contact Congress to do the opposite of what I am asking of my readers. Let's make sure that the voices of common sense are louder than the voices of the gun rights activists.

You can be part of the problem or part of the solution. If you don't act, you are part of the problem. And that is one reason our elected leaders continue to deny sensible legislation to stop gun violence- they are hearing the loud voices who have convinced them that more guns make us safer. Remember the incidents I highlighted above if you think that is a good idea. Remember all of the others I have written about if you think it's a good idea for people to have guns in bars, roller rinks, car shows, casinos, churches, hospitals, and all of those other places where people with guns have shot innocent Americans. Remember that terrorists can legally purchase guns in America. Remember that people on the prohibited purchasers list (NICS) can still get guns from unlicensed sellers. Remember that some people get permit to carry guns in public places who should not have them. Remember that we have our own home-grown terrorists who are amassing arsenals of guns to use against their own government. Think of Jared Loughner in Arizona, the shooter responsible for the carnage in Tucson. Think of Seung Hui-Cho who killed 32 people at Virginia Tech. Think of domestic abusers. Think of felons with guns. Think of drug abusers with guns. Think of kids with guns. Act for common sense.
Posted by japete at 10:48 AM