"Stupid is as stupid does" 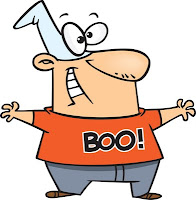 The line in the post title, of course, comes from the Forrest Gump movie. It seems to apply here. Once again, gun play is in the news in Minnesota. These guys said they were actually playing with guns. " In a subsequent statement, Dahl said he had never handled a gun before and did not know about them. He said all three had been pointing empty guns at each other, just playing around. He said the shooting was an accident and he did not know  the gun had been reloaded." One man is dead and another facing serious charges. Police found several guns just lying around in the house when they got to the scene.


What gets into guys when they get together to clean their guns and play around with them? Many of my readers know that I write about these incidents often. I do so because they happen often. They are not supposed to happen but they do. On the face of it, they are stupid and senseless shootings. In reality, they are tragic. Guns are dangerous. Guns have bullets which kill people. Stupid people kill people frequently. Dangerous people, such as Anders Breivik also shoot people on a regular basis. My last post was about the shootings in America that occurred around the same time as the shooting in Norway. These people are not stupid. They are dangerous and should not have guns. Stupid people should not have guns either. Unfortunately they do. Where is common sense?


What about the man who was checking his gun at the New Orleans airport on Monday while checking in and either willfully or stupidly left it loaded? Of course, the gun discharged and shot an airport employee in the leg when he took the gun case from the man. Stupid or dangerous? Where is common sense?


I am working on a post about those dangerous people amongst us who have evil and crazy ideas. You might be surprised at how many of them there are. We should all be concerned about the potential for home grown terror attacks.
Posted by japete at 9:59 PM