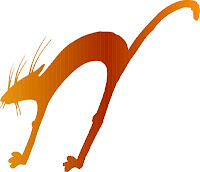 Sometimes when I read articles such as this one, I scratch my head and wonder what in the world everyone is so afraid of? " Wegner carried a firearm into the University of Virginia Medical Center on June 16, 2010, without permission from UVa’s chief of police, according to an April 19 letter from UVa’s director of state and federal government relations, Sally N. Barber, to Sen. R. Creigh Deeds’ legislative assistant, Tracy Eppard. Wegner, who said he has a concealed carry permit, said he openly carried the firearm on his side while holding his young daughter in his arms." I have some questions. Why does someone need to openly carry a handgun while holding his young child at a Medical Center? What would Wegner do if he actually needed that gun while holding the child? Would he put the child down somewhere and shoot at whatever it is that frightened him? What if his gun somehow fell out of the holster? ( Yes I have provided examples of that happening and one actually in a hospital emergency room where a gun fell out of some one's pants pocket and discharged) What do kids think about that loaded gun hanging from a father's waist? Truly, I'm just wondering. What can be that scary in a Medical Center that some people simply MUST have a gun with them at all times- like a security blanket? Me- I'll take the actual blanket.

Really though, all you need to protect yourself against someone who takes out his gun and points it at you is oatmeal. When another Texas permit holder went awry and engaged someone in a road rage incident, the person he threatened threw a bowl of oatmeal at this "law abiding" permit holder. Yes, it's true. Let's consider how this could have turned out instead of how it did, with no harm done. Since Texas has "Shoot First" would that permit holder have been able to use the excuse that he felt threatened by a guy with a bowl of oatmeal before he shot him? I'm just asking. Why is it that the permit holder lost his head and drove after the man in the truck and then pulled out a gun? Guns make a difference. If people didn't have their guns at the ready, perhaps they wouldn't be as afraid of others in public places or be so bold about their actions in public. A gun just elevates a situation that isn't violent to another level. Bad things sometimes happen in these situations.

But how do you defend yourself against irresponsible gun owners such as this? Since I have been writing my blog, I have written many times about irresponsible gun owners whose guns are dropped and then a bullet or more are discharged from the gun. The gun rights activists like to tell me that these are few and far between and not a big deal. These incidents happen more often than they want to believe. That's the problem with guns. They are not always used responsibly or by responsible people- even those who are otherwise law abiding. The gun guys like to think of themselves as immune from anything like this happening. Unless of course it does. The Texas man in the story above, I'm quite sure, did not expect that he would drop his shotgun- and what's more, when he dropped it that it would discharge ammunition and injure 3 people.  Guns are dangerous.

Surely this man never considered that he could mistake his gun for a tire pump. When you have loaded guns stored in your car, accidents like this are rare, but they do happen. I'm betting that no one was more surprised than he was when he shot himself in the stomach. Ouch. But loaded guns in cars can be a problem. I have blogged about incidents similar to this before. There were at least 2 incidents in the last few months of people shooting themselves with loaded guns in their cars. Guns are dangerous. Their owners likely never think anything so stupid could happen to them until it does. When you are so afraid of whatever you are so afraid of that you must have your loaded gun wherever you go, you are subject to having stupid and potentially deadly things like this happen to you.

If you are cavalier enough to think it won't happen to you, you shouldn't be. Guns are dangerous. There could be an accidental discharge by you or a child like this 4 year old Georgia boy who is now dead because of a loaded gun under the bed. Guns are dangerous. It could be a suicide of a family member. Or it could even be an intentional shooting in the heat of anger, depression, over consumption of alcohol or drugs.... Guns in the home are more likely to be used against someone in the home than in self defense. This great blog by a fellow gun control advocate, New Trajectory, talks about alternatives to guns to protect you in your home. Human beings are fallible. Bad things sometimes happen to good people. I know that for sure since if a gun homicide could happen in my family, it could happen to anyone. Guns are dangerous. And soon we will need to refresh the numbers about the dangers of guns for self defense to expand it to public places because of the number of people now legally carrying guns in public.

There is a conundrum concerning guns and the "need for them". The gun rights activists are so afraid of everyone else out there who might do them and their families harm that they carry their guns in public to protect themselves from whatever might happen in the course of a day. Most of the time, nothing happens. The gun guys feel safer and we don't hear of any problems regarding guns in public- until we do. And then, innocent people are shot in cases of accidental discharges or purposely in acts of homicide or attempted homicide. Self defense in the home is one thing. But in public, we all have the right to our freedom from gun discharges that could injure or kill us or a loved one or friend. The question for me and other gun control advocates who just want common sense regarding gun policy, is who should be more afraid? The gun rights activists who claim they need their guns for self defense everywhere they go? Or the general public who are put in harm's way every day from law abiding gun owners and permit holders?
Posted by japete at 9:52 AM