The proof is in the pudding... 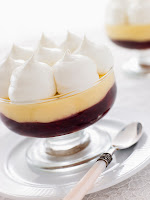 If the gun lobby would admit to the truth, they would support measures to stop the flow of American guns into Mexico. This comprehensive article does a good job of writing truth to power- the power, of course, being the National Rifle Association (NRA) and its' minions who still want to claim falsely that guns used by the Mexican drug cartel are not coming from our own country. If we stop those guns coming from gun dealers in Arizona, Texas and California, some of those gun dealers would have far fewer sales. Gun trafficking is big business: " Since the federal law banning assault weapons expired in 2004, so-called "straw purchasers“ have flooded U.S. gun stores in the Southwest, mostly in Texas and Arizona, sweeping up these and other weapons. Court documents show such purchasers buying as many as 20 AK-47s at a time, paying as much as $11,000 in cash." Follow the money.

To follow up on this article, a blogger from Texas displayed information from reporter-researcher Will Tucker in an interactive map .The map shows the type of gun found at  crime scenes in Mexico, along with the name of the defendant who bought the gun(s) and the place from which the guns came- even the name of the gun shop. When you use real names and pictures of real guns, it's harder to avoid the truth.

We can't ignore the ATF's failed Fast and Furious program which was meant to track those straw purchases to crimes committed with the guns. This program obviously did not work as planned and there should be no excuses for what happened. But why did the ATF want the program?- to stop the straw purchases of guns in gun shops in border states from getting into the hands of the Mexican drug cartel. A Congressional investigation was asked for and completed and found many problems within the ATF regarding this program. The investigation also was meant to cast a dark cloud over the ATF and the Obama administration. But during the proceedings, it also cast a spotlight on the real and deadly problem of U.S. guns accounting for many of the senseless deaths in Mexico. And now the Obama administration has decided to deal with the problem by monitoring multiple sales of long guns, often accomplished through straw purchasing. Straw purchasing is illegal. If, by requiring border state gun dealers to report the purchase of multiple long guns per week to one buyer, straw purchasers are found and charged, we can begin to address the problem. It won't solve this horrendous problem which has been happening for many years, but ignoring it is not an option. Nevertheless, the NRA is turning itself into a pretzel to stop the program.

What's puzzling to me is that the NRA is saying the reporting of the purchase of more than 3 long guns per week per buyer would not do anything to stop the flow of illegal guns into Mexico. It has been shown over and over that straw purchasing of these type of guns is actually happening. What is a better way to stop the flow of guns? Does the NRA have a better plan? I haven't seen one yet. Surely stopping straw purchases and knowing that some people are purchasing a large number of long guns in a short time period, many of which are the type of assault rifle coveted by the Mexican drug cartel, would help. Who would it hurt? No one would be stopped from purchasing but the ATF would know if someone is buying these guns from gun dealers in border states. That is where the guns are coming from if you look at the chart in the link above. If legitimate gun purchasers are not engaged in this type of buying, there is nothing for them to worry about. Why would a law abiding American citizen need to purchase more than 3 long guns in one week?

There is obviously a serious difference of opinion about how to deal with the major problem of the huge appetite for drugs in the U.S. leading to the Mexican drug cartel abusing their power by killing those who would get in their way. Clearly the U.S. has a part to play by working on both the drug problem and the gun problem. Doing one without the other will not lead to a viable solution. Those on the side of gun control are not advocating to ignore the problems at the ATF nor to ignore the problem of drug abuse. But for years, we have been advocating for doing the right thing to stop the carnage in Mexico which is abetted by our own lax gun policies. The Mexican government has been advocating for the same. Instead, we have some bad decisions taking the focus away from the larger problem. Let's not "throw the baby out with the bath water" in our attempts to find someone to blame for a problem that needs to be solved by working together for common sense. Right now we have nonsense and prevarication.
Posted by japete at 10:19 AM