How the gun lobby works 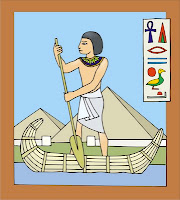 It's simple. They overwhelm elected leaders. They are everywhere and all the time. They park in the offices of elected leaders. They intimidate. They organize. They send e-mails and make phone calls. They usually win. Who is this? The NRA, of course. The gun lobby is very effective. One of the best at what they do. This article about how the gun lobby works in Arizona is pretty much how it works everywhere. I watched it work in Minnesota. Lobbyists and others fly in from Washington DC and other places to do the hard work of making sure there are guns everywhere and for everyone. They work in concert with the local and state gun rights activists who already have carte blanche to be in offices of certain legislators. There is nothing inherently wrong with this sort of activity. It is very effective. The problem from the side of gun control advocates and the general public is that, much like the big and powerful banking and corporate interests in the U.S. Congress, something seems off when this much money and effort is put into measures that actually work against what the majority of people want and against common sense policies that can protect and prevent Americans from senseless shootings.

"The great Mark Twain is credited with quipping, “Denial ain’t just a river in Egypt.” If he were around today he might add: “It also passes for gun control policy in the U.S. Congress.”" Representative Mike Quigley of Illinois had the nerve that most in Congress don't by naming what is wrong with Congress's inability or downright refusal to consider common sense gun policy- denial. Even in the face of many mass shootings, the latest of which came very close to taking the life of U.S. Congresswoman Gabrielle Giffords; even in the face of our own country so obviously contributing to the carnage in Mexico because of our refusal to pass laws or take measures to stop it; even in the face of 8 children a day dying from gunshot wounds; even in the face of the continual large numbers of Americans who lose their lives to gun injuries every day ( that would be 80), Congress turns the other cheek and pretends these things are not happening. It's too inconvenient to fight the gun lobby. It's too "dangerous" to go against this powerful group who bully and intimidate.

When representing Protect Minnesota, I spent time at the Minnesota Capitol last spring to keep legislators from voting in favor a bad gun policy. I heard a Minnesota Representative say she was afraid to vote against the "Shoot First" bill because of the NRA members in her district who had intimidated her and run ads against her in her election campaign. She won anyway but she was still feeling the sting. What a ridiculous state of affairs. In the end, though, our David vs. Goliath effort against the powerful gun lobby won out and a bad bill was not passed.

And so denial is one way to avoid the problem of too many shootings in the country. Another is an irrational fear of the gun lobby. This new blog from Acting Brady Campaign President Dennis Henigan gets to the core of the problem. He very aptly highlights the new measures proposed by the Obama administration to stop some of the illegal gun trafficking from our own country to Mexico. Read what he says about the problems with the ATF and how their own attempts to deal with the problem turned against them. And this, more importantly, expresses what most people actually think about trying to negotiate with the NRA: "That the Administration has decided to go forward with the new reporting rule in the face of vehement NRA opposition may be a sign that the President has figured out the futility of a strategy of appeasing the gun lobby. In 2012 the NRA will do everything it can to defeat the President and will continue to function as one of the engines driving the Republican Party. Rather than placating the gun lobby, the President should recognize the political benefits he and the Democrats can reap when their opponents march in lockstep with the NRA."


In the end, I have hope that common sense will win this protracted and ridiculous battle with the gun lobby. If President Obama and other legislators start making more noise about passing sensible measures in spite of the push back from the NRA then we may be able to actually prevent gun injuries and deaths and keep families and friends from grieving for loved ones lost to bullets. And just maybe the nation's exceptionalism will not be about being the only civilized country not at war that allows 30,000 people a year to die from bullets. At the end of Henigan's blog, he gives some advice to the President that should be taken seriously- " And when his opponents resist such calls for common sense, he should embrace their resistance as a political gift which will keep on giving in 2012." Good advice, Mr. President. I hope you take it.
Posted by japete at 8:07 PM