Addendum to "terrorists amongst us" 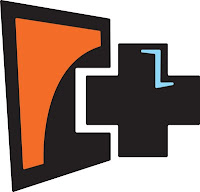 I wrote a few days ago about the possibility of attacks from our own home grown terrorists. Today I noticed this article about the same and wanted to share it with my readers. This article was written because of the concern that we could see more activity from extremist groups in the U.S. From the article- " According to the Southern Poverty Law Center, there were 824 militia groups in the U.S. last year, a significant increase from the 149 counted in 2008. In its report, the center noted that militants have been inspired out of concern about immigration and by fears that America's racial makeup is changing to the extent that whites are projected to be in the minority by 2050."


Also from the article-" "In just the last month, there was a police shootout with a sovereign citizen in Texas, the trial of a heavily-armed militia in Alaska which was allegedly targeting judges and state troopers, a sovereign citizen on trial in New York and the death-row sentencing of white supremacist Richard Poplawski who killed three cops," he explained. "None of these were major stories -- if they had been Islamists,
that would have been a big headline."" My readers may recall that I have written about all of these incidents. And at the end of the article, this quote is one that is all too true: " "Just because one individual does this doesn't mean it is a normal trend," Siegal said. "People pick up guns and shoot people -- is [Breivik] interacting with other groups? We
know yet."


Yes, people do pick up guns and shoot people every day in America. Are they all home grown terrorists? Of course not. Dennis Henigan, Acting President of the Brady Campaign wrote a great article yesterday. All too often, people in America shoot others. This country experiences more gun deaths per day in total than those experienced in Norway last week. That is not meant to minimize what happened in Norway. It is meant as a reality check for our own country. We have memorialized those in Norway, as we should. The world is watching as the country comes to grips with the horrendous attacks by  Anders Breivik. Where is the outrage about the daily carnage in our own country? As Henigan says, .." For those who are quick to argue that "guns don't kill people, people kill people, it is instructive that the Norway killer took many more lives with his guns than with his explosives. Violent individuals intent on inflicting multiple fatalities don't choose knives or baseball bats. With few exceptions, they choose guns." And further, Henigan goes on to say, "It is reasonably certain that the Norway youth camp shootings will lead to determined efforts to further strengthen that nation's gun laws. In contrast, America has suffered through Columbine, Virginia Tech, Fort Hood, Tucson and too many
other similar events with little action taken to prevent more tragedies of this kind."


So now as we watch what the Norwegians will or will not do about the violence perpetrated by a crazed man with a gun, we should also watch and see what our own country will do about the daily carnage. Common sense tells us that sensible gun laws should be passed to prevent the daily gun deaths and injuries in our own country.
Posted by japete at 10:47 AM