This quote from the article here  says it all: " "The Second Amendment is not about what I need," Aposhian says. "It’s about what I want — as long as I obey the law with it. If we start restricting everything to what we need, we are going to be a very boring society."" And here I thought the Second Amendment was about rights and what people needed to protect themselves and their families. In the Heller Supreme Court decision, Justice Scalia, writing for the majority put it this way,".. Like most rights, the Second Amendment right is not unlimited. It is not a right to keep and carry any weapon whatsoever in any manner whatsoever and for whatever purpose: For example, concealed weapons prohibitions have been upheld under the Amendment or state analogues. The Court’s opinion should not be taken to cast doubt on longstanding prohibitions on the possession of firearms by felons and the mentally ill, or laws forbidding the carrying of firearms in sensitive places such as schools and government buildings, or laws imposing conditions and qualifications on the commercial sale of arms. Miller’s holding that the sorts of weapons protected are those “in common use at the time” finds support in the historical tradition of prohibiting the carrying of dangerous and unusual weapons. Pp. 54–56.[43][44]"


Further, in the MacDonald decision, " The plurality decision also re-affirmed that certain firearms restrictions mentioned in District of Columbia v. Heller are assumed permissible and not directly dealt with in this case.[28] Such restrictions include those "prohibit[ing]...the possession of firearms by felons or mentally ill," and "laws forbidding the carrying of firearms in sensitive places such as schools and government buildings, or laws imposing conditions and qualifications on the commercial sale of arms" [29]"


But I digress. The linked article above refers to the Utah website (KSL.com classifieds) that sells lots of guns. In fact, they are selling more of the semi-automatic assault type rifles and even .50 rifles. There were 62 internet pages selling rifles and 68 selling handguns when I checked the site. There are 5376 ads for guns and accessories total on this site. " The military-style semiautomatic rifles and carbines are absolutely legal, says gun-rights lobbyist Clark Aposhian, who refers to the rifles as "sport-utility weapons." "They are accurate, utterly dependable and you can use them for target shooting, home defense and hunting," says Aposhian, who owns many of the firearms that Gunn abhors." Ah, now I get it. You can use them for home defense and hunting. Really? But do you absolutely need them for those uses or is it that you just want them? And what's more, " He underscores their appeal: "They’re popular, they’re sexy, and they’re affordable," Larsen says. He’s also aware of the dread these firearms strike in the uninitiated: "It’s the black gun, the evil gun."" Ah, now I get it. 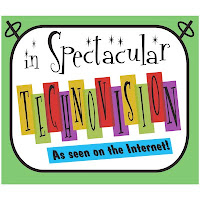 And speaking of what people want vs. what they need, should people buy guns on-line without background checks? This on-line Utah dealer puts hundreds of guns on his website every day and presumably sells them. Gun buyers are happy because they don't have to undergo background checks to buy these guns. Say what? Is that what we want or what we need? Who knows if a buyer is a prohibited purchaser? And further, the Church of Jesus Christ of the Latter Day Saints is associated with this web site. That does not seem, on the face of it, to be a good idea. ""But gun-control activists find it troubling that one of the state’s largest media groups, owned by The Church of Jesus Christ of Latter-day Saints, operates a gun market that through legal, yet unregulated sales, helps traffic a vast number of handguns and large-capacity, rapid-fire rifles."" Hmmm. Now questions are being raised about the site, as well they should be. " "We just want to get input from the community and the gun-rights people and just do what is best for the community," Banz says." I would hope so.


When are enough guns enough? Does one need to have 53 guns around the house for self protection? Here is yet another story about a child finding a loaded gun and accidentally pulling the trigger ending in the tragic death of his sister. What the heck is a two year old doing walking around the house with a loaded gun? And where were the parents? Did they lock any of those 53 guns up to protect their children? Why did they "need" 53 guns? Can someone please explain this to me? All it took was one gun, of course, to kill a 6 year old child. That's all it ever takes. It certainly could not be called common sense to have that many guns around a house with small children and obviously, some of them loaded and unlocked.


Sometimes people can't have everything they want.
Posted by japete at 5:04 PM