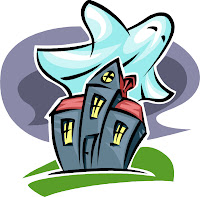 The gun rights activists laughed at us at the Minnesota House Public Safety Committee this past spring. They laughed at an example given of an Ohio man who shot a teen-ager who was in his yard one night trying to figure out if his house was haunted. The man  claimed that he felt threatened when the girls trespassed and he shot out of his window into the dark yard, not really knowing where his bullets would end up. Here were his comments: " "It's really something how homeowners defend themselves and the way the laws are written, we're the ones brought up on charges while the perpetrators get little or nothing," he said."

This brings me to the main point of today's post. I've been traveling and had plans to post something very different on my return. But then a news story about a 12 year old boy playing "Ding Dong Ditch" caught my eye. For daring to ring the doorbell at the home of a jittery gun owner, he was shot in the back while running away. This shooting of a 12 year old Kentucky boy playing "Ding Dong Ditch" is no laughing matter. Mr. Bishop, the shooter, isn't laughing either since he has now been charged for attempted murder. Luckily for him, the boy was injured and not killed, which could easily have happened. He will have physical and emotional scars for the rest of his life. Can anyone remember playing "Ding Dong Ditch"? I can. I played the game with friends while at slumber parties. We sneaked out of the house and thought we were cute and daring by ringing the doorbells of neighboring homes. Can anyone remember thinking a house in their city was haunted and driving or walking by to find out just to be a teen-ager and for the thrill of feeling scared? I did the very same with friends in my city where a large old house was rumored to be haunted so naturally we had to check it out. I guess the girl who was shot by the owner of the "haunted house" felt more than scared once the bullets entered her body.

These shootings raise important questions about what justifiable self defense really is. Can you just shoot a child, or anyone else for that matter, in the back as they are running away from your house and think it's self defense? Is it all right to get your gun whenever you hear a noise and shoot out into the darkness when all you need to do is yell out or call the police? Is this self defense? When guns are around and you are afraid of people lurking around every corner to do you harm, is this the end result? What if Kentucky had a version of Shoot First? Oh yes, it does, actually. Expanded "Castle Doctrine"  laws are meant to allow for shootings in places not normally thought of as dwellings and in places away from your home. They are meant to take away the usual responsibility to think before shooting. They are meant to expand gun rights over the rights of people to be safe from being shot.There are true justifiable self defense cases and those acting under these provisions are most often not charged with the injury or death of the victim. Mr. Bishop, the Kentucky man who shot the boy after he rang his doorbell was arrested and has been charged. Check out Kentucky's self defense law. Let's hope that Mr. Bishop will not get away with this senseless shooting. There appears to be a provision in the Kentucky law that would apply here. I don't know about you, but I wonder who actually writes these laws? They just never seem to pass the plain language test. Is that by design? I'm just asking.

In looking around for Kentucky gun laws, I found this advice for people involved in a case of a self defense shooting. From the linked blog, " Don’t turn these groups against your case by making ill-timed remarks. Sometimes the most difficult obstacles to overcome are the ones encountered after you re-holster your weapon." Hmmm. What does this actually mean? Is this advice meant to make a case for a justifiable self defense even when it isn't? I'm just asking. Others are wondering about the Kentucky law as well. As recently as June 1, this article appeared in the Kentucky News Review.


Broader questions need to be asked about how quickly people are willing to shoot another human being. Are people who have a gun at the ready more willing to shoot someone in an altercation when another way of dealing with the matter could be employed? Are we O.K. as a society with the idea that shooting someone is the first resort instead of the last resort? Can kids be safe in their neighborhoods from people who are so fearful that they have guns ready to shoot if they are just being kids? Can strangers be safe from being shot if they come to the wrong house and try to enter the home by mistake? Do we need laws to expand the rights of gun rights activists when the current laws are already working? As a society, are we O.K. with shooting someone in an altercation when walking away or a punch in the nose would suffice? What kind of communities do we want? Do we want people with guns to be able to shoot them wherever they find themselves and claim self defense? When does an ordinary fight between two people justify shooting someone? Why does the gun lobby want to take away the right of all individuals to a trial to determine the outcomes of self defense cases? Why change the laws already on the books if they are working? What happened to the idea that with rights come responsibilities? Is this the gun lobby's desire to normalize carrying of guns everywhere in self defense? Are these laws increasing the possibility for yet more shootings than we already have in our country? Is a human life worth so little that Second Amendment rights trump common sense?
Posted by japete at 10:22 AM