Scoring time for the NRA 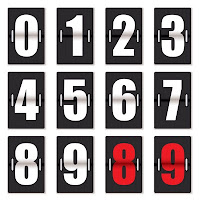 Well, it’s that time of year again when state legislatures are winding up their important business. And, of course, the NRA is right there holding their hands to make sure they do the right thing by them. Legislators all over the country are being told that they dare not vote against extreme gun bills because they will be “scored” by the organization. So, they run scared instead of standing up for what is right. I wonder how many more dangerous bills legislators will be convinced to vote on before they say “No.”? In Florida, the NRA has run up against Physicians who don’t take kindly to being told how they can practice medicine by an extremist lobbying group.
Talk about big government interfering in people’s lives. The NRA wants to stifle free speech and tell doctors that they can’t talk to patients about the risks of guns in the home. Why? Because they are lying about the reasons doctors warn parents of young children and other patients about risks in the home. " From 2003 to 2007, 33 Americans per day were murdered with guns. This includes almost 1 child (aged 0-14 years), 5 teenagers (aged 15-19 years), and more than 7 young adults (aged 20-24 years) per day. More than two thirds of all homicides in the United States during this period were firearm homicides." And doctors shouldn't talk about this major health issue? How about this, then, if you don't believe me: " The US rate of firearm homicide for children aged 5 to 14 years is 13 times higher than the firearms homicide rate of other developed nations (Table 1), and our firearms homicide rate for 15- to 24-year-olds is 43 times higher. The overall homicide rate of our youth aged 15 to 24 years is 14 times higher than the overall homicide rate for youth in other countries such as Australia, Canada, France, Germany, Italy, Japan, Spain, and the United Kingdom.4 In US states with more guns, many more children, adolescents, young adults, older adults, and women are murdered per capita than in states with fewer guns.54,55"

The NRA is claiming that it is an attempt by doctors to remove guns from people. Really folks. If those Florida legislators believe that, they have been taken for a ride by the NRA. And they should be ashamed of themselves for hopping on board. From the article about the Florida law, above:" Pippa Abston, a Huntsville, Ala., pediatrician , blogged a few weeks ago, "Dear NRA, You are not the Boss of me!""We're not talking to parents about gun control," Abston said in an interview. "We're talking about safety." She says she worries lawmakers will try to restrict doctors' freedom to talk to patients about other "hot button" issues, such as vaccines." Hmm. I thought the Republicans were against big government interference. I guess I was wrong. When they have an ideological agenda, their hypocrisy shows.
And what about the 21 Republicans in Congress who just voted to allow terrorists to buy guns? Really? Yes, indeed. In a House Judiciary Committee meeting, a vote was taken and because the NRA is threatening members with scoring their votes, they got fooled into thinking this vote was a good idea. I am betting that in their heart of hearts, they know that their vote was wrong. But they don’t have the courage to buck the NRA. These timid leaders are making dangerous decisions for our country. Check out the video from last year's NRA annual convention, in the link above, and see how the rank and file NRA members think that it's a bad idea to allow terrorists to buy guns. Oh, except the last man who is a gun dealer and says that terrorists are checked and stopped. He didn't believe the interviewer and called the Washington Post a Communist newspaper. It is fascinating that when you disagree with certain people, they have to call names and espouse motives. So the Washington Post lied about how easy it is for terrorists to get guns and this gun dealer believes what he believes. He is wrong, of course. Here is what the article in the Washington Post really says: " Under federal law, licensed firearms dealers must request an FBI background check for each buyer but cannot legally stop a purchase solely because someone is on the watch list. The study found that people on the list purchased firearms 865 times in 963 attempts over a five-year period ending in February." It must be very satisfying to think you are so right about something and then go on ignoring the facts to keep yourself in your own world where facts don't matter. Here is the  straw man "logic" used by the NRA to continue deceiving the public and Congress about this important issue: " "Law-abiding Americans should not be treated like terrorists," Cox said in a written statement. "To deny law-abiding people due process and their Second Amendment rights based on a secret list is not how we do things in America."" That is not what this is about and the NRA knows it. They are all about connecting everything to the 2nd amendment and law abiding citizens even if a bill is attempting to keep guns away from those who will likely not be law abiding. Some people shouldn't have guns.
I find it very interesting that Representative Peter King (Republican, N.Y.) was once in favor of this bill but didn't vote at all yesterday in committee. What's that all about? Suddenly it's a bad idea or did the NRA get to him?
I have written about some of the other proposals in state legislatures on this blog recently. From Wisconsin (" No training would be required for the person to obtain the license.") to Texas ("The senators even voted themselves the legal right to carry guns in places that would get regular people arrested — churches, restaurants and sporting events. Why? Perhaps it is because they are afraid people might be coming after them for some of the incomprehensible actions they have taken this legislative session.) to Tennessee to Minnesota to Iowa to Illinois, ( ""This is not in any way a public safety measure this bill, this is the opposite of public safety. Loaded concealed handguns in the possession of private citizens will lead to more danger and more bad things happening," the Democratic governor said.") Florida and Montana (""This allows the individual to make his or her own eligibility determination and deprives law enforcement of the opportunity to consider whether the person is a threat to the community," Schweitzer said. "Obviously, this bill would greatly imperil the work and safety of Montana's lawmen, including sheriffs and highway patrolmen. Under current law, Montana's sheriffs are responsible for issuing concealed weapon permits. This is as it should be.")", the NRA has introduced it's extreme bills.

There is clearly a slippery slope going on here. Where is it leading? Who knows? As the true agenda of the NRA is introduced to the public in these states, many have been activated and spoken out against these bills. Law enforcement, University Presidents, Physicians, victims, and other professionals have taken on the NRA and with some success. Those elected leaders who were once comfortable in their position of not questioning the NRA's lack of logic and extremist agenda are placed in uncomfortable positions that defy their own views of gun policy. But the NRA trucks on with it's national agenda to make sure gun manufacturers stay in business and to preserve their 2nd Amendment rights. Never mind that their rights are more than safe with the latest Supreme Court rulings in the Heller and McDonald cases. But in order to keep their base activated and paranoid, their extremist agenda has the whole country tied in knots about guns. Guns can't be and won't be banned by gun control activists. But that doesn't matter to the extremist NRA's leadership. The interesting thing is that guns are rarely mentioned during elections. So voters have no idea that these bills are on anyone's agenda. That is how the NRA wants it. Most candidates don't want to talk about guns during elections because then they may have to defy the all powerful NRA and that would make things more than uncomfortable for them.
How must it feel to vote against a bill to stop terrorists from getting guns when you know it's a good idea? How must it feel to vote in favor of allowing people to carry their guns in bars when you know it's the wrong thing to do? How must it feel to vote in favor of a bill that will allow for an expanded "Castle Doctrine" that will let people shoot someone in a public place with just a presumption that the person means to do them harm? How must it feel to vote in favor of guns on college campuses when students, parents, college presidents and faculty come before you and explain how dangerous it would be? How must it feel to vote in favor of a bill that is opposed by all law enforcement agencies, including prosecutors? Please note the title of this video placed on You Tube by a pro gun person. He accuses Senator Harrington of leading a parade of gun banners. Senator Harrington is the retired St. Paul, Minnesota police chief. But the gun guys don't care about any of this. Anything that opposes the views of the NRA turns into gun banning. You will also notice that not once was anything like gun banning mentioned. Again, hyperbole and paranoia. We are also scoring elected leaders. We know how they voted and we are keeping track. Elections are coming soon. Tough questions will be asked. The public deserves to know about the votes taken by their elected representative or senator. They need to know that common sense has stepped off the bus and left us all less safe.
Posted by japete at 2:32 PM