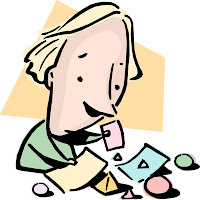 To my readers- there were problems with the blog's host yesterday so it was not possible to post for a time. Also I will be traveling for a few days so will not be posting for a while. But meanwhile, here are a few odds and ends.

1. The walk for Domestic Abuse Intervention Programs was a great success. Over 250 people came to walk in spite of the foggy weather. The rain waited until the end of the walk when we got drenched. The family of Kay Marie Sisto were very happy with the turn-out and gratified at the support. One woman came all the way from the state of Virginia to walk because she follows the blog of Kay's sister, Kim and wanted to participate. Another 80 year old woman from Arizona who was visiting a friend in Duluth came to the walk because she, herself, had been brutally beaten by her husband and she wanted to tell her story and support the event. Here is the blog from Kay's sister about the event. One of the more meaningful parts of the walk was the pre-walk program. I brought the bell that has been rung by so many people in memory of lost loved ones. It is a powerful and emotional time for people to say the name of their friend or loved one and ring the bell. You can read what that meant to Kay's sister. That is why we do what we do- for the victims and preventing families from experiencing what Kay's family and so many others have experienced when someone is unexpectadly shot to death. It will be one year tomorrow since the violent and senseless shooting death of Kay Marie Sisto.
2. I won the 4th place prize for raising over $400.00 for the event from those who sponsored me. Thanks to everyone who donated for this great cause.
3. The "Shoot First" bill failed to pass in Minnesota. The legislature adjourned without the Senate bringing the bill up for a vote. There are various reasons for this. Law enforcement were adamantly opposed to the bill. The opposition was very involved in sending e-mails and making phone calls to legislators and the Governor asking them not to support the bill. Many of us spent time at the legislature talking personally with Representatives and Senators. It worked. In addition, the Senator who sponsored the bill for the NRA ( she admitted at the Senate Finance Committee hearing that the NRA wrote the bill) is charged with an ethics violation for Tweeting falsely about something said by one of her Democratic colleagues on the floor. It might not have looked so good to have her leading the discussion about this unpopular bill in the last hours of the session. In addition, the House did not get enough votes to over ride a potential veto by the Governor so taking it up in the Senate would have been fruitless. The media was already reporting about the legislative leaders taking up so many social issues while not passing a budget bill. Was it necessary to pass a law that was just not needed when people are out of work and the state has a $5 billion budget deficit? This was clearly a bill that was not popular and very controversial. Public safety would not have been served if the bill had passed.

In case I don't have time to blog before the Memorial Day week-end, enjoy it everyone. In my part of the country, the weather will be cool and maybe rainy. We are just hoping for some sunshine and a glimpse of summer-like weather. Stay safe out there everyone.
Posted by japete at 8:54 AM