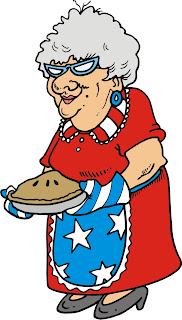 It has occurred to me that the NRA had made itself synonymous with the 2nd Amendment so that any time someone opposes the policies or statements of the gun lobby, they automatically then oppose the 2nd amendment. It's clever and it's worked so far. But the gun lobby has now become so extreme that even some of their own have backed away and are no longer members. It has become an almost religious fervor presented by those on the side of gun rights. Believe or else!! For instance, check out this scary article about what the 2nd amendment really is according to a man who is scary enough to be of concern to anyone with common sense.

Others are catching on to this abrogation of the truth. Here is a great editorial by a Pittsburgh police officer written in anticipation of the NRA convention held in Pittsburgh this week. And this one from a former NRA member says the same. The NRA has become an organization that is there to serve itself. Guns are deadly weapons. Can we have some agreement that we need to stop the shootings? There are a few simple ways to do that. And really, folks, it won't affect you or your perceived God given unfettered rights to your guns. Newt Gingrich disagrees and tries to re-write history about the second amendment. There is no way we should take his words seriously because it is just not true no matter how you look at it. From his speech at the NRA convention now ending in Pittsburgh, "“The right to bear arms is a political right designed to safeguard freedom so that no government can take away from you the rights that God has given you..."


Whether or not you believe in God, one thing I know for sure is that guns were not invented at the time that the God most believe in "created" the earth and human beings. To try to make it seem as if God has something to do with gun rights is disingenuous at best and false at worst. If one criticizes the policies or statements of the NRA, then one doesn't believe in the Second Amendment. If one advocates for common sense policies to try to reduce and prevent senseless shootings, one is automatically against the second amendment. These are ridiculous arguments that don't even make sense. But somehow the NRA and it's lackeys have convinced some in this country that they must not even discuss gun policy or they are against the second amendment. And so, the NRA goes about it's business of encouraging more people to buy guns and own guns and carry them everywhere. The organization raises money not only from its' members but from the gun manufacturers. The NRA represents a minority of Americans and an increasingly small minority.

It's time to get back to being reasonable and discussing issues without the ever present insertion of the second amendment in all conversations about gun policy. The recent Supreme Court decisions in Heller and McDonald made it clear that any notion of taking away guns ( though that is not what gun control advocates are asking for in spite of what the gun lobby claims) is off the table. Get over it, gun lobby, and come to the table of common sense. If the NRA admits this truth, however, what have they got to fight for? If they admit that we are not about to nor actually able to take away guns or rights- we just want to stop the shootings- then what are they all about anyway?

It's time to stop calling people who oppose the all powerful gun lobby liars just because they have a different opinion. That is a tactic and it works for some but it's a sham.The rude, derogatory, ugly and shameless attacks on victims and and those of us who dare to differ about gun policy bespeak volumes about the paranoia and fear that has overtaken the gun rights movement. Most Americans know this but they feel helpless to do anything about the problem of the ubiquitous gun deaths and the power of the NRA in our country. It's such an American problem. It's like apple pie and motherhood. If God gave gun rights to people, then people in other countries who also believe in the same God would have the same rights. Isn't it interesting that they just don't see it that way? I guess their God didn't tell them that it was O.K. to walk around with a gun on your hip under the guise of self defense and the second amendment. The NRA has cleverly wrapped itself in patriotism and American values as common as motherhood and apple pie. The rest of us, to them, are not patriotic, don't have the same American values as they espouse and are gun grabbers simply because we believe in something different and disagree with the NRA.

My values tell me that it is just plain wrong to continue policies that allow people who shouldn't have guns to get them anyway. My values tell me that people simply don't need to be carrying guns around in public places. That is not the America I believe in. My values tell me that it's wrong to shoot another human being. Statistics point to the very American problem of gun violence not seen in any other civilized country not at war. We have a serious problem in this country that deserves serious discussion but we can't have it as long as the NRA refuses to think past it's own existence. Hypocrisy as far as the eye can see......