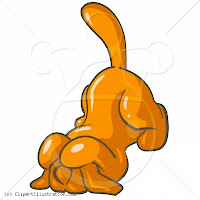 Well, here's a good idea.  Let's teach kids how to be school shooters. This video game shows how easy it would be for anyone. Why not? I love the whimsical music that goes along with the victims spraying blood on the walls. That's a nice touch. Also the voice in the background saying "boring"? I think that is what it says anyway. Is it boring to shoot students in a school? Huh? We had better find more exciting things for our kids to do then. Interestingly enough, it also does show how an unexpected intruder with a gun has the upper hand and how impossible it is to try to defend yourself from these types of spree shootings. And are those who run from the shooter to save themselves cowards?

Speaking of people trying to save themselves in a school shooting, look at this report of the recent school shooting in Brazil. In the video you can see the students running from the school to safety. This is a natural response. The shooter opened fire unexpectedly and caused chaos and panic. It is frightening and almost like being in a video game- sort of like the one linked to above only this one has real bodies with real blood. And then one person interviewed notes this: "...it was like in the U.S.A. where people go in and start shooting."

Speaking of school shootings, some of the "gun guys" on my blog are convinced that Colin Goddard and those who survived or maybe even those who died at Virginia Tech were just cowards because they didn't try to defend themselves during the horrible carnage that took place on April 16, 2006. I was almost stunned at this line of reasoning (can we call it reasoning?) and arrogance. First of all, Colin is a young man with much promise and great integrity. He is articulate, well educated, humble and an all around nice person who happens to have been a victim of the worst school shooting in our country. He has chosen to go public with his story and work for the Brady Campaign to Prevent Gun Violence. And for this, Colin is attacked by many who couldn't come close to being the kind of person he is. Secondly, some "gun guys" are so convinced that they could have defended themselves and others at Virginia Tech that surely fewer people would have died. Their accuracy is better than most, of course, and in their fantasy world, they can shoot down anyone who may come at them with a gun. That, in their minds, would have resulted in fewer victims.

Speaking of victims, they are people just like you and me. One can become a victim in just an instant. It can be difficult to find the best way to move on after losing someone close to you in an act of gun violence. I have been attacked for being a victim and for "using victims". Some have told me to move on and get over my grief or get counseling. They would like me to forget about my cause and my blogging and just leave them alone, I guess. The stories of victims make the gun rights side uncomfortable. These ad hominem attacks are meant to distract from the inconvenient number of gun deaths and injuries and makes it harder to convince people that more guns make us safer. Read this moving letter from a friend of a recent victim of gun violence in Minnesota. Her words are perfect as she describes who the victim was- much more than just a number in the daily toll. This is the human side of gun violence and it is why victims' voices are so important.

Speaking of gun violence, I am wondering if those who promote their rights to own and carry guns anywhere think it is acceptable to produce such a cavalier promotion of violence as we see in the video game linked above? Is it acceptable to attack victims of gun violence? Agreeing or disagreeing with the philosophy or policy based on the facts is one thing, but comments made on this blog at times fall into the unacceptable category. Sometimes they surprise me in their audacity. Read here some of the comments attacking victims of gun violence ( in this case Colin Goddard, a survivor of the Virginia Tech shootings). Decide for yourself if these are offensive:

Speaking of attacks on victims, I wonder why those who attack think it is acceptable to  "shoot the messenger" rather than the message. They do both on my blog. But it is particularly insensitive and crude when they actually call victims cowards.  These are the folks who have the current ear of our elected leaders. Congressmen and women and state legislators foolishly and mistakenly listen to the gun lobby instead of those who represent common sense and victims. To turn victims into cowards is inexcusable and unacceptable. So if you agree with me, please tell your elected leaders to represent the majority and stop pandering to this kind of extremism.
Posted by japete at 7:57 AM