Just another day in America 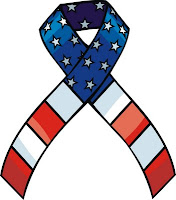 There are plenty of  shootings in the news about which to report. It gets to the point where people just shrug and think it's a part of our culture. Europeans and folks from other countries think America is just nuts for allowing this carnage without making attempts to stop people from becoming shooting victims. That is because, of course, most other countries have strict gun control laws that lead to fewer gun deaths per 100,000. But I digress.

Here, from links to articles in newspapers all over the country, is just another day ( or days) in America:

New Haven, Connecticut police investigate 2 homicides on the same night and note that 25 guns have been recovered in the last 30 days

Wisconsin man shoots his parents over money for gas

Well that may be enough for today and it only scratches the surface of the actual shootings that have taken place in America in the last few days and months. The examples I provided include an angry guy who is willing to shoot his parents to death over money, a legal permit holder shooting at someone over an iPad sale gone wrong, possible drug related homicides, accidental shootings, domestic shootings, a police officer shot to death by someone who likely got his gun at a gun show.

Let's see now- were any of these folks criminals before they got their guns? Yes, in several of the cases. In others they were not but surely became so after pulling the trigger. And in other of the incidents, the "shooter" was someone who probably thought nothing bad could ever happen to him as a law abiding citizen gun owner. One was a soldier who supposedly shot and injured his wife while cleaning his guns. He was certainly trained to know better. Another was a permit holder- someone who should know better as well. Another was a father target shooting and trying to fix his gun leading to shooting his own daughter in the head. He, also, should have known better. The problem is, when a gun is available and in the area, accidents and intentional shootings happen. Guns are dangerous weapons. Once the trigger is pulled, it's too late to take it back. The logic of the gun guys is that these things happen and should be expected as part of our culture of gun ownership and worship of the second amendment- collateral damage, so to speak.

What to do? The gun lobby thinks nothing. They are wrong. Something can and should be done. Shootings can be reduced and prevented with some common sense and courage. It IS possible to stop some of the shootings and do so without interfering with rights to own guns. People can and should be more careful with guns. A different discussion about guns and gun violence prevention without the second amendment as a show stopper should take place in this country. It could lead to fewer incidents such as the ones listed above.
Posted by japete at 7:24 AM