Don't be fooled by the NRA 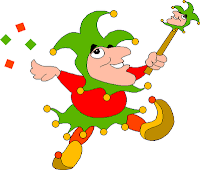 Happy April Fools' Day everyone. In my part of the country, just as on the East Coast, we woke up to a coating of snow after experiencing melting and spring like temperatures. Disappointing as it is, we know it will soon melt. Still, seeing the snow again fools us into thinking we can predict what is going to happen in our world. It seems that the world has been so unpredictable of late that it is unsettling. We would prefer the world around us to be more black and white and predictable. I learned when my sister was shot that "life is what happens while you're doing other things." That seems to fit with what is going on in the world as we are going about our business. So let's talk about what is happening in the world of guns and the gun culture in the U.S. since that is what this blog is all about.

I suggest here that we have been fooled by the NRA on many fronts. I say this because of my experiences over the past years in trying to get common sense gun legislation passed. I have been continually taken aback by the fierce opposition to bills that are meant to prevent people who shouldn't have guns from getting them. There is a disconnect between what is seen by me and others as reasonable measures that will not  affect using guns for hunting, recreation and self defense and the NRA and its' dedicated members; these folks say that any measure at all to restrict who can have guns, where they can have them and what type of guns and/or ammunition they can have will lead inevitably to gun banning, their going immediately to jail and their "God given" gun rights to be taken from them. So let's look at a few current discussions highlighting the disconnect and the foolishness of the discussion.

The NRA and it's followers maintain that high capacity magazines have not accounted for enough mass shooting deaths to be of concern. Some have told me that on this blog.They would be wrong. Here is a great article to prove my point. Don't be fooled when the NRA says that high capacity magazines don't cause a lot of gun deaths. A more detailed account of the number of shootings in which high capacity magazines were used is found here. By my count, since the Violence Policy Center started keeping the records from a shooting in 1984, there have been 31 incidents of mass shootings up to the Tucson shooting this past January. Number of deaths= 256; Number wounded= 284! These numbers add up to a lot of pain and suffering among victims and survivors of gun deaths and injuries. And these are just a fraction of the total number of people who have been shot since that date. Since 1984, when James Huberty killed 22 people and wounded 19 others at a McDonald's in San Ysidro, California with a 25 round ammunition magazine attached to his gun, about 2.7 million people have been shot in the U.S. 30,000 a year die from gun injuries and another 70,000 a year are wounded. Granted, most of the gun deaths and injuries have not been as the result of high capacity magazines. But the numbers above should be startling to anyone but the most insensitive among us.

Don't be fooled when the NRA's members claim they need these devices for self protection. That is their mantra and they have come to believe this over time so that it is now a part of their culture of guns. High capacity magazines have become a necessity in their minds even if they are, in fact, not. Other guns with fewer rounds will serve the purpose of shooting or wounding someone in a self defense case. We know this because every day, many people are killed, one at a time, with guns that fire off many fewer rounds. The only reason for high capacity magazines of more than 10 rounds is to kill many people at one time as highlighted by the linked article above. The NRA has fooled its' own members into thinking they simply must have these high capacity magazines for self protection. On this April Fool's Day, it's time to pull back the curtain on the foolishness.

The NRA makes claims that Pediatricians should not ask patients about guns in the home. They are wrong headed about that one, too. I don't think the NRA has any business in deciding what a Doctor can or cannot tell patients. Read this wonderful article written by a Florida Pediatrician for the real life reasons that doctors ask patients questions and why the answers, of course, are all private information known only to the doctor and the patient. Don't be fooled into believing doctors should not talk to patients and their parents about guns and where and how they are stored in the home or cars or other property. About 8 children a day die from gun injuries in the U.S. It is total foolishness for the NRA to interfere with the way doctors perform medicine in their practices. It should not be acceptable and rather should be an outrage to the public.

The NRA is proposing measures all over the country to increase the places where guns can be carried, such as on college campuses. I have given examples of this in previous blogs. Common sense tells people when they have been fooled. That is why the Texas panel that passed a measure to allow guns on public Texas campuses is so foolish. It is supported by the NRA and most everyone else is opposed to the idea for good reasons. Here is a statement by Texas Senator Rodney Ellis that summarizes the foolishness. In Senator Ellis's words:" "Senate Bill 354 is a bad solution to a serious problem. It makes us feel like we've gotten tough -- deputizing students -- but the fact is that the universities don't want it, the students don't want it and law enforcement doesn't want it because they know it will not make our campuses safer." A foolish solution looking for a problem and the public is against it. Who's in charge here? Not the people, apparently.

Fool's rush in where angels fear to tread. You can decide who's who? I would love to hear from those of you who are not "gun guys" about this one because I know I will hear from them in large numbers. I am expecting it. Watch for the responses in a future post.

Fool me once, shame on you. Fool me twice, shame on me. This one applies to our elected leaders who have been fooled too many times by the gun lobby. Shame on them for being fooled. Shame on us for allowing this foolishness to prevail.

Or, as George W. Bush famously put the above cited quote: "There's an old saying in Tennessee-- I know it's in Texas, probably in Tennessee- that says, fool me once, shame on- shame on you. Fool me- you can't get fooled again."  Here is the video of President Bush's famous malapropism. Oh dear.


Now this one: " You can fool all the people some of the time, and some of the people all the time, but you cannot fool all the people all the time." This one is attributed to Abraham Lincoln but some think it is from Mark Twain and others think it came from P.T. Barnum. It is difficult sometimes to find accurate quotes from some of our historical figures. The Founding Fathers are often quoted by commenters here on this blog and sometimes I have found a lack of attribution for the quote. Common sense tells us how often people in public office are misquoted. The above quote, whoever it is who said it, is pretty wise, though. There are times when the public in general gets fooled- maybe all or maybe some only sometimes. But it really is difficult to fool everyone all the time. That is why it is important for us to examine facts and then have reasoned discourse and opportunities to have reasonable engagement. We should not be fooled into thinking that any measure to pass reasonable restrictions concerning guns leads inevitably to all second amendment rights taken away. That is simply not true and has been addressed many times by me in previous posts.


The more extreme folks among the gun guys are those who say things such as this: " What you and the Brady campaign are suggesting strips us of Rights protected by the Constitution. If the Constitution says ok and you say no, that's UnConstitutional." This, of course, is wrong and an unchallenged fear experienced by some who can't get beyond their visceral feelings to the reality. The gun control organizations and their members are not proposing anything Unconstitutional as is claimed by the gun rights folks. That is foolish talk. Many of the gun rights folks have an unfounded fear that rights will be taken from them by the gun control side. That is also foolish talk. As, Franklin D. Roosevelt said in his first inaugural address: The" only thing we have to fear is fear itself." Fear of fear causes people to do and say things that don't make sense.

Happy April Fool's Day everyone. Don't be foolish out there.
Posted by japete at 12:20 PM