Reflections on the gun issue from far and near

It is always good to come back home and sleep in your own bed after a trip. I am home again after spending a wonderful week in Barcelona. I wrote about Spain's gun laws before I left by way of comparing our own country's gun culture with that of another country where the gun laws are very different. While in Barcelona, we took a guided walking tour of the Gothic area of the city which also took us to 2 Tapas bars as part of the tour. Our local guide was a young Spanish man, probably about 25-30 years old- very engaging and informative. On the tour with us was a couple from Australia. It was interesting to share insights about the Barcelona culture in general, including history about the oldest area in the city where the cobblestone streets are very narrow and lined with cafes, shops, and residential apartments. The Barcelona Cathedral is located in this area and also ancient Roman ruins, some underground, and the remnants of a Roman aqueduct and city walls. 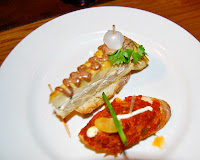 As the tour wound to an end in a very small but authentic Tapas bar, we sat over a glass of Sangria and various tasty Tapas, we began to talk a little about the differences in the cultures of the 3 countries represented at the table. Health care came up, for one. Of course, both Australia and Spain have versions of a national health care plan, each with their own advantages and disadvantages. We found that there is not a perfect system of providing health care to citizens but neither the Australians or the young Spanish guide wanted the system offered in the U.S. They pay higher taxes but don't feel them to be a burden. The Australian woman, Beatrice, is diabetic and so gets most of her treatment as a benefit of the government's health care system. They each can purchase supplementary plans which are affordable to them for better care than the basic care offered by the government- similar to our Medicare plan.

I then took the opportunity to ask them about guns in their countries. The Australian man said he knows no one who owns a gun and doesn't own one himself. They live in a small town outside of Sydney and just don't feel a need for a gun. He likened the small minority who is always fussing over gun rights to a group who make some noise but usually don't get anywhere. He knew about the influence of the American NRA on the gun owners group in Australia and didn't find that to be a good thing. The young Spaniard, Marcus, was curious over why anyone could or should carry a gun around in public. His first response was that guns would get used in situations where another means of defense might solve the problem without loss of life. He said that guns are just not carried around in Spain and that some people felt a need for guns for self protection in their homes but gun laws were very strict. He didn't understand America's gun culture at all. It is not even on the radar really, of the Spanish people.

While away from home, of course, shootings continued as well as proposed laws in state legislatures and media coverage of both. Just a sampling of such from all over the country while I was away:


Tomorrow (March 30th)  will be the 30th anniversary of the shooting of Jim Brady, President Reagan's press secretary, who was wounded in the assassination attempt against Ronald Reagan. I will be writing about it tomorrow.
Posted by japete at 1:00 PM