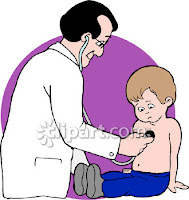 I just love it when the pro gun guys on my blog rail against the government. They don't seem to like police officers or judges, for sure. They are ready to take up arms against their duly elected government. They tell me this every day. Basically, they don't want the government involved in much of anything. Just leave them alone with their guns. Oh, unless, of course, they want the government to interfere to make sure their "rights" are preserved. Take what is going on in Florida, for example. The legislature in that great state does not want doctors asking anyone about gun ownership. They could be fined up to $6 million if they do!! Seriously folks. Can't doctors practice medicine in a manner they have decided is in the best interests of their patients? Never mind safety of women, children and vulnerable adults who could be subject to violence in the home and may actually admit to such in the privacy of the doctor's office. What would the doctor do with that information anyway? Abused women are in danger. Children could be at risk. Their doctors should know about that. They are in the business of saving lives, everyone. I know this first hand.

Two members of my family are medical practitioners. They don't give a rip about taking guns from anyone. They are sworn in an oath to treat their patients to the best of their ability. So get the NRA out of the doctor's offices. This is actually outrageous and I hope doctors will rise up in opposition to this usurping of their rights to practice medicine. If it's happening in Florida, it will come to other states soon enough. That is the pattern of the NRA- make sure there are absolutely no gun laws except the ones they want. Make sure anyone can have a gun and do whatever they want with it.

Further, the NRA now demands to know when a study about firearms is coming from the Centers for Disease Control.  Are you kidding me? Who made the President of the NRA the Dean of the CDC? Or should I say, who gave the NRA all of that power? Why in the world should the NRA have anything to do with studies from the CDC? Read what Brady Campaign President Paul Helmke wrote to Secretary of Health and Human Services Kathleen Sibelius. Also read the article in the New York Times that revealed this offensive and outrageous demand by the NRA. How did we get to a place like this in America?

Others who have a national voice, are speaking out about the measures, supported by the pro gun lobby, to interfere with the practices of physicians. Here is a great column by Gail Collins of the New York Times. " The nation’s state legislators seem to be troubled by a shortage of things they can do to make the National Rifle Association happy. Once you’ve voted to allow people to carry guns into bars (Georgia), eliminated the need for getting a permit to carry a concealed weapon (Arizona) and designated your own official state gun (Utah — awaiting the governor’s signature), it gets hard to come up with new ideas." I have just said the same in my last post.

I would love for my pro gun friends to explain this over reach and this outrageous interference with health care in America. They have no leg to stand on and I can't wait to hear them posture and give excuses for why these things are necessary. They absolutely do not represent the majority of Americans. And, in fact, they are getting in the way of health care decisions that are too important for the health and well being of the citizens of this country. When the NRA doesn't like the government involved in things, they make it clear. And then, suddenly, the government of Florida should tell doctors how to practice medicine? Shame. The NRA is a powerful interest group that does not have the best interests of the public in mind. It's all about them and their guns. Where is common sense when we need it?
Posted by japete at 7:55 AM