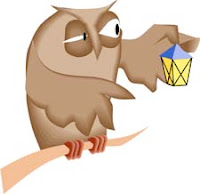 There are signs of spring in the air. There are signs of hope in the air. You wouldn't know it from the responses of the gun lobby to an invitation to work to prevent gun violence in this country. Their refusal to participate in any discussions with the White House and gun violence prevention organizations should be disturbing to everyone and even to the membership of the organization. What does the NRA stand for? Does the organization give a hoot about gun violence prevention? This article is wondering the same thing:" The lessons we learn from the horrific human costs of gun violence shouldn't be filtered through a partisan prism. Strengthening background checks to make it more difficult for the mentally ill to get their hands on a gun, and increasing prosecution and penalties for illegal gun trafficking, should be policies we can agree on." Commentators and others in the main stream media have taken notice of the NRA's refusal to meet with the Obama administration to "discuss" how we can work together to curb gun violence. Opinions are all over the place on the President's OpEd piece which ran in the Arizona Star on Sunday and the NRA's refusal to meet with the President ( I linked to both in my last post). Here are some:


Salon.com suggests that the President went too far to pacify the NRA in his OpEd piece and that he should stand stronger against the organization that wants to keep the current background system that has loopholes allowing for criminals, adjudicated mentally ill people, minors, drug abusers and other to purchase guns without background checks.


The New York Times published this editorial today. " The National Rifle Association, to its lingering shame but to no one’s surprise, declined the administration’s invitation to talk — a sign of real disrespect for a president who has actually expanded gun rights. It also shows disdain for the well-being and safety of the public."


From the New Jersey Star Ledger comes this one: " The arrogance of the National Rifle Association is breathtaking. An invitation from President Obama to join a discussion about gun policy was dismissed out of hand by Wayne LaPierre, the NRA’s executive vice president." And then: " In a letter to Obama, LaPierre and Chris Cox, the chief lobbyist for the group, insist the national dialogue should focus on criminals and mental health issues, not the flow of guns into the wrong hands. LaPierre and Cox also said the national news media should refrain from giving the heinous acts of criminals "minute-by-minute coverage" that inspires copycats. So the NRA would shred one part of the Constitution for the sake of another."


Dennis Henigan, VP for Law and Policy of the Brady Campaign, was more hopeful in this thoughtful piece about the President's desire to have a common sense discussion about gun policy and the NRA's refusal to join the conversation. Henigan writes this: " Predictably, the NRA already has rebuffed the President’s invitation to discuss the gun violence problem, with a typically obnoxious letter rejecting even the idea of a national dialogue on guns. Having collected millions in donations stoking the fear of an Obama gun ban, the NRA can’t very well consort with such a committed “enemy” of the Second Amendment. The NRA has now fallen neatly into the President’s category of those who “aren’t interested in participating” in the “new discussion” because they “will predictably cast any discussion as the opening salvo in a wild-eyed scheme to take away everybody’s guns.” Perhaps the NRA’s absence from the discussion will allow the real voice of gun owners to be heard."


From philly.com/The Inquirer Digital: " Those who suffered in the Tucson rampage, and others, deserve to be honored with real action on gun safety - not just more talk."


In this CNN article, the obvious question is asked about why the NRA is refusing to cooperate with the President. " Supporting the Second Amendment should not have to mean avoiding inconvenient facts, like dead bodies piling up in American morgues. Of course it's rational to put the ultimate responsibility for bloodshed on the individual wielding the weapon. But as the British comedian Eddie Izzard has pointed out, "Guns don't kill people -- people kill people ... but the gun helps.""


Speaking of dead bodies, I participated in a national conference call last night for victims/survivors of gun violence and representatives of gun violence prevention organizations. Victims' stories are important and potent. Last night we heard from victims and survivors from the Columbine school shooting, Virginia Tech shooting, Northern Illinois University shooting, the Los Angeles Jewish Community Club Day Care center shooting, among others. People from all over the country called in- Nevada, California, Arizona, Colorado, Pennsylvania, Minnesota, New York, Illinois, Delaware, Ohio, Virginia, and more. Everyone had a few minutes to tell their stories. One man was shot and his wife murdered in front of his very eyes in a mistaken identity shooting when a man thought the neighbor with whom they were standing in their driveway was someone else. He survived and is coping. One young man was shot in the head on New Year's Eve when a bullet shot into the air in celebration, came down through his brain. He is disabled and has been hospitalized many times in his young life. He was 11 when it happened. Several people lost relatives to the mass shooting in Washington D.C. when a group of people were gunned down in a drive-by shooting. One person survived the shooting at Northern Illinois University. One man lost his son when a gun fired while his son's friend was handling the gun, believing it to be unloaded. One woman lost a husband to a suicide by gun. One woman's husband was gunned down on the street and she was left with 2 small children to cope with the loss.


There are more dead bodies every day- about 80. The collective memory and headline news of our country is littered with the stories of those who have been shot. We wondered last night just how many more would have to die before we actually do something sensible? "Yes n' how many deaths will it take till he knows that too many people have died. The answer, my friend, is blowin' in the wind." Which way will the wind blow now that President Obama has begun a process? Victims and survivors want to know. The time has come. There is no turning back. Common sense must prevail in the memory of the victims and survivors. The NRA is putting its' large foot down and saying "no way". We can't let them decide this and it is, in fact, not for them to decide. The voices of the victims need to drown out the voices of the powerful and the well funded folks who bully the country into believing that doing anything is the path that leads directly to their guns and rights taken from them. Don't listen to them. It's not common sense. It is nonsense.