Is the NRA bluffing about their millions of members? 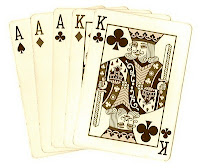 I had a very interesting discussion with someone at a recent social event. This man asked me about myself and what I was doing with my life. When I told him that I had just come from a press event in Minneapolis, he and his wife both almost simultaneously sarcastically wished me good luck with that thankless effort. Then he wanted me to know that he received an unsolicited survey from the NRA recently. As  someone who agrees with gun control, he tried to answer the questions but noted that there were not many options for him to disagree with the way the questions were worded. So he sent it in more or less as a protest to the NRA for sending this to him in the first place. Within a few weeks he received his membership card to the NRA and started receiving the NRA magazine- free and unsolicited. Naturally this raises the question about the membership claims by the NRA. They maintain that they have about 4.5 million paid members. Really? If it's as easy as sending out a survey, hoping someone will answer it and send it in and you're an automatic member, how can these numbers possibly be right?

The pro gun guys on this blog constantly remind me that they have the numbers and my side doesn't. I think we can safely say that they NRA is playing with their numbers. They need to keep Congress in fear of them and this is a great way to do it. If their agenda is so good, why do they need these kind of tactics? Their concerns and their issues should speak for themselves. If they don't represent common sense and reality, then the ideas should be rejected as this editorial piece so aptly points out. " The NRA is a good organization that lost its compass when it entered politics, became the mouthpiece for gun manufacturers and their lobbyists, and now only injects fear into the debate. The NRA should become independent of gun manufacturers and get back to its original purpose of promoting education, gun safety, responsibility and stop fear politics. Lawmakers should wean themselves from money ties to the gun lobbyists, and carry out their legislative business based on merit not on dollars."


Now where was I? Oh yes, the NRA. Catch this video that ran today on Fox News, of all places. It is a video to discuss the editorial written by President Obama on Sunday in the Arizona Star. In the video, NRA Executive President Wayne LaPierre and Brady Campaign President Paul Helmke express their opinions about the proposed changes to our nation's gun laws that President Obama wrote about. I don't know about you, but I think LaPierre sounds like he is out of touch with today's reality about guns. He sticks to the same old talking points- let's just get all of "those people with guns" off the streets. How he proposes to do this is any body's guess because he doesn't reveal a plan for doing it. We are now allowing dangerously mentally ill people to live in the community rather than in locked up facilities because of money and a philosophy that this would be the best way to deal with them. As for criminals, sure, we all want them off the streets. We are sending sex offenders into homes in our neighborhoods and our jails and prisons are full. It costs money to do this. Besides, people cannot be committed to mental facilities against their will. Meanwhile, these very same people can get guns at gun shows without background checks in most states. They can get them other places as well but gun shows are one sure and easy place to get them. Why not prevent them from getting the guns in the first place if we can pass laws that won't affect law abiding citizens? LaPierre did not answer that one. It's always that we have to protect the second amendment rights with no suggestions for how to protect the rest of us in our communities  from those who shouldn't have guns ( and I am not talking about guns for self defense here or carrying in public as a way to protect us from prohibited purchasers).


The recent Newsweek ran this long and quite thorough article about the issue of gun violence. They were right on in their analysis of where the country actually is on the issue rather than where the NRA and their supporters say is the case. Again, the NRA is wrong. " It’s counter intuitive, but the current political climate might favor gun control as well. No coalition suffered bigger losses in the 2010 midterms than the conservative Blue Dog Democrats, who tend to court NRA support. Meanwhile, only three of the 106 Democrats who backed legislation to close the gun-show loophole lost their seats. The results represent up-to-the-minute proof, says Helmke, that the “NRA can neither save you nor sink you”—an argument that could swing a few Democratic votes in the months ahead. The public, meanwhile, endorses the current proposals, according to the NEWSWEEK–DAILY BEAST Poll: 51 percent want to outlaw high-capacity magazines; 67 percent back prohibiting the sale of firearms or explosives to individuals on terrorist watch lists; 83 percent support fully funding the national background-check database; and 86 percent favor instant computerized background checks for every gun buyer."


I have been writing the very same on this blog for months now. It's reassuring to know that the message is going viral. Last week I posted about the Time magazine article dealing with PTSD, domestic violence and guns. Many in the main stream media are echoing calls to do something about the issue of gun control. It can be done. We can, as I have said before, walk and chew gum. The time is here and it looks like things are happening rapidly. According to this article in the Huffington Post, meetings will begin this week to discuss how to move forward. Finally the voices of common sense are getting their day and the message is going to the top. It is coming from the majority who favor sensible gun laws. The NRA and it's supposed over 4 million members have made their noise but some of it is falling on deaf ears. In the wake of mass shooting after mass shooting and the continued daily carnage, the voices of victims and those who have been working so hard on this issue may actually drown out the loud but uncompelling voices of the NRA and it's followers. Their message has failed to change with the times. Dinosaurs went out of existence a long time ago. If the NRA doesn't get on board and be willing to do some talking, they will be left to the dustbin of history.


Our elected leaders need to understand that the NRA is blowing smoke when it comes to their support and their "members". Common sense tells us that the NRA is bluffing and has lost it's way in order to fund itself and the political and financial interests it now represents. Who is speaking for the victims? Not the NRA. But now, perhaps, the President and others will have the much needed discussion about guns and reasonable gun control.
Posted by japete at 5:14 PM