Every man for himself mentality check

Well what do you know? The NRA actually supports a law that keeps guns away from prohibited purchasers. If only law enforcement had the staff and the budgets they should have, the California system of tracking prohibited purchasers would work even better and likely save more lives. "Perhaps most important, the burden for confiscating weapons falls largely on local jurisdictions, most of which are too short on resources to do much. Some may also have been only dimly aware of how the list works." Yes, if legislatures are doing what's best for public safety, they will fund the laws already on the books and make sure the wrong people don't get guns. But....


In Arizona, of course, where there are few gun laws in the first place, the legislature wants to take the state backwards towards the days of minute men. Seriously folks. Does anyone really believe this stuff? This editorial calls out the nonsense of the NRA in Arizona and the legislature that should be thinking about more pressing things than getting rid of the few gun laws already on the books. That's the way things are going in our country. What happens after a major mass shooting? We go backwards and get rid of gun laws instead of moving forward with common sense legislation to actually save lives. Spare us folks. We are in trouble. It's not only Arizona. I have already mentioned what is going on in my home state of Minnesota- an attempt to repeal long held gun laws on the books. As I said, if you don't have any gun laws, you can't say any more that we should just enforce the laws already on the books. 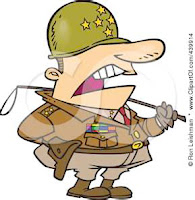 Oh yes, the Montana NRA is trying to get us to believe that if private citizens who want to help out in emergencies are just called "militia" they can have their guns and shoot them too. A proposal in the Republican led Montana legislature wants "armed paramilitary" folks to help "regulate" the state. Say what? The last time I checked, we had a National Guard. Never mind. Instead of focusing on jobs and raising enough money to run our states, some legislatures are using their power to pass ridiculous laws. This one almost takes the cake. When we start having armed citizens roaming the streets of our community to "help out" with law enforcement and providing social services, this country will be in trouble everyone. What's to stop these folks from armed insurrection against the duly elected government? Not much. Are we living in Egypt? Come on.


Why not? Someone on this blog commented that the volunteers who showed up to help in the aftermath of a destructive tornado in the college town of St. Peter, Minnesota were actually an example of the "militia" in action. The only problem with that ridiculous idea is that there were so many unarmed regular citizens, including my own daughter, who just happened to have graduated from the local Gustavus Adolphus College in St. Peter, who volunteered that to call them the militia begs credulity. But never mind. No one said the gun lobby cared about the facts or reality. They live in an alternate world where, as Linda Valdez the author of the Arizona editorial piece above says: "The GOP Legislature's every-man-for-himself attitude is clear. There is a continuing push to make gun ownership as easy as chewing gum. No permits. No questions. No responsibility. Legislative proposals also aim to roll back what few safeguards exist for innocent bystanders."


Meanwhile, back at the ranch of real life there is legislation that might actually work to save lives. This is common sense  proactive legislation that will move us forward instead of backwards. I don't want to live in the days of the minute men and the Founding Fathers. As much as I respect the work they did, they are now being glorified in ways that attempt to re-write our history. If Thomas Jefferson and James Madison lived in today's real world, what would they say about the fact that anyone can buy 30 round ammunition magazines and go out on shooting spree that murders 6 people and injures another 13? I'm betting they would be horrified. So let's listen to what folks who have some reason and common sense have to say, like Vincent D'Onofrio of T.V's Law and Order in the You Tube video linked above. Wow- a guy who uses a gun on T.V. thinks that maybe some restrictions should happen in real life where real people get shot to death every day.

Also back in the real world where spree shootings have become common place on the streets of our country, one just happened over the week-end. Here is another shooting at Youngstown State University in Ohio, this time at a fraternity party. The article does not mention it but one could guess that alcohol was involved given that it was a fraternity party and the wee hours of the morning. More will come out later but until then one innocent student is dead and 11 more injured. This is a good case for why it should not be legal for students to carry loaded guns on college campuses. Rather than using guns for self defense, we would likely see incidents like this one where guns and alcohol do not mix nor do guns mix well with volatile and the yet not mature minds of college students.

There is something about our American culture that gives license to the shoot 'em up mentality of taking care of disputes, perceived or real threats, domestic problems, family matters, revenge and all the other reasons people shoot people every day. Sad, but true. And watch for some of the repeal of common sense gun laws coming to a state near you as well as legalizing armed paramilitary groups and guns on campus among other such measures that will make us less safe.
Posted by japete at 1:46 PM