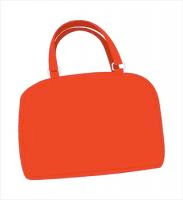 Oh dear, it happened again. This is the third or fourth incident of people accidentally shooting themselves or others in the past week. I know, I know, if you are law abiding, nothing should happen in a public place when you are carrying your loaded gun around with you. I keep hearing from my readers that those pesky accidental discharges happen when someone isn't doing the right thing. But then, why should we believe that it is safer for all of us if more people are carrying guns in public places when incidents like this one in Houston, Texas happen?

When I go out for dinner with my husband or friends, I sure as heck don't think that a loaded gun will drop out of a purse and shoot me in the rear end. I also don't think I should have a gun while dining even though I know that there have been shootings in restaurants. Now, though I might be more worried about someone's loaded gun accidenally discharging than the random chance that some crazed person or felon will come in to the restaurant and open fire. Also, in my state, people with loaded guns can carry in bars and restaurants where alcohol is served. Of course, those people are not supposed to drink beyond the legal limit. Hmm. Who will ask them if they have a gun on them when they serve them that 4th beer?

Yesterday, an unintentional shooting at a California high school surprised even the boy with the gun. A loaded gun in a student's backpack is first and foremost, something that should never happen. I wonder what the boy's intentions were with that gun? Further, where does a 15 year old get a gun? The boy reached into his backpack for something else and the gun fell out, fired several bullets and has now seriously injured a girl sitting behind him in the room and at least one other student. The boy whose gun was responsible is freaked out according to the article. What about the innocent victims?

Guns have been accidentally discharging on a regular basis lately. I have written about this as have other bloggers, most notably, Ohh Shoot. Until we get some common sense about guns and our gun culture that says it is O.K. for guns to be everywhere, these things will continue to happen. When loaded guns are in so many public places carried by more and more people, we can anticipate more of these stupid shootings.
Posted by japete at 7:52 AM