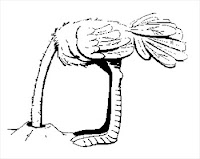 It isn't particularly surprising that a lot of money is involved in the Mexican drug cartel operation. There's a lot of money to be had for all of those drugs that make their way into the U.S. illegally. Illegal activity, of course, leads to more illegal activity. The Star Tribune has posted an illuminating article about how the money angle works into the smuggling of illegal guns into Mexico. Several months ago, I wrote a post about how a Minnesota Mexican American became involved in the gun running business. Paul Giovanni de la Rosa of Medford, Minnesota purchased so many guns from gun dealers in Minnesota that his activity raised some warning signs and he was reported to the ATF. It shouldn't surprise us then, that a bank account was found in Texas that was linked to this man's Minnesota account providing him with the money he needed to purchase his guns for the cartel. Giovanni needed the money as per the article linked above: "Running guns to Mexico, on the other hand, could net a successful smuggler tens of thousands of dollars in a year -- money that could pay for the trappings of a suburban lifestyle. It was the kind of money that could convince even a smart man that it might be worth the risk of getting caught."

Common sense tells us that de la Rosa is not the only person engaging in this sort of activity. Like Giovanni, there are those who will do anything to make money. There are only so many of the estimated 2000 guns a day smuggled across the U.S. Mexican border that can be provided by one person. As more investigations of this sort happen, I'm sure we will find out that many more Americans are aiding the Mexican drug cartel in gun running that is leading to thousands of senseless shootings of our neighbors to the south. This is a terrible tragedy for Mexico. Americans hunger for drugs and the willingness of American citizens, gun dealers and our own flawed laws that allow for people without background checks to get their guns at gun shows from private sellers are complicit in lost lives. Gun dealers and gun shows abound in the Mexican border states. It turns out though that states to the North through the "Iron Pipeline" are helping the drug cartel as well. Following the money may be the way to stop some of the illegal gun running.

And what is the gun lobby doing about this? They are denying that it is happening even though the evidence is mounting and cannot be ignored. Why? There is a simple answer. Selling guns in this country is a huge business. Guns are not cheap. For some dealers, anything goes as long as they can make the sale. For some private sellers, we know that they are willing to sell a gun without a background check to anyone who wants to buy one to make a sale. Drugs and guns are big business. Greed makes for more greed and the cycle continues. If it is stopped, a lot of people will be out of the money and into trouble. This is national and international problem that we must own. Shame on us all for putting our heads in the sand. Dealing with the problem will require courage and conviction that doing so is the right thing to do. Courage will be needed to fight the push back from the NRA and its' many members who think that any measure to deal with the Mexican drug/gun situation will surely lead to taking away their rights to buy and own their guns. This is nonsense, of course, but it is believed by enough people, including our own elected leaders who fear the wrath of the NRA that they choose to do nothing. Again, where is common sense?
Posted by japete at 10:20 AM