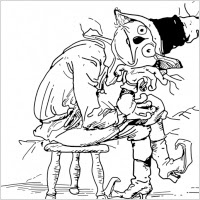 "As to your points, why background checks at gun shows in particular? As has been said many times, a private sale at a gun show has all the same legal requirements as one at any other random location so what makes this special? Even if I don't necessarily agree with it, it would make more sense to argue for background checks on all sales. At least it would be consistent, no?"
This was a recent question from one of my readers. I just don't know why this question is even raised. We have gone around about this on this blog many times before. It is quite simply the fact that in most states private sellers at gun shows do not require background checks on the buyers. That is different from federally licensed firearms dealers, who do, of course, require said background checks. Neither are they required for private sales at flea markets, garage sales, kitchen table sales, etc. And there are few legal requirements for private gun sales in most states. That is my point.
So yes, it would be terrific if we push for a universal background check law to make the whole gun sale thing consistent. But every time we have tried for the same, it has been met with fierce resistance from the gun lobby. Since many of you have suggested it on my blog site, I suggest that you start the effort, with the help of the NRA and it's millions of members, to find a Congress person to sponsor this bill. We would gladly get on board with such a bill if it fulfills the requirements of making the system consistent and it would stop gun sales without background checks.

And yet another question from the same reader: "What is the primary cause of non-domestic violence? In my opinion, take it for what it is worth, that the cause of most non-domestic violence is a combination of the side effects of the so-called War on Drugs and general poverty/lack of education. Aside from psychopaths, educated people don't normally go on shooting sprees nor lead lives of crime. Of course, this doesn't include random acts."
Taking it for what it is worth, I am on the Board of the Domestic Abuse Intervention Programs, an internationally recognized program working with abusers and those who are abused. I know a little about this issue. As a volunteer at my local Family Justice Center, I see women who walk in to the center looking for help after being beaten, or threatened, or having called law enforcement on their abuser. They are desperate. They are afraid. They need help right now. They need Orders for Protection. The "War on Drugs" and "general poverty/lack of education" has little to do with domestic abuse. The women who come into the center are from every socio-economic level and circumstance. Some are the victims of drug abusers, or alcohol abusers. Many are not. Some women are users. Many are not. Some of the abused and the abusers come from poverty. Many do not. Some are not well educated. Others have post graduate degrees. The person who wrote the statement needs a good dose of education about more than a few issues before making statements like those written above. In the end, some women, no matter where they live or how much education they have are killed by their abusers and many of these deaths are caused by gun injuries.
And, by the way, my brother-in-law was quite smart; he had a post graduate degree in Physics. That didn't stop him from shooting my sister. Educated people shoot people as often as those poor uneducated people. I wonder why the gun lobby prefers not to believe that? Does it get in the way of their trying to convince us that most homicides are committed by criminals? Most homicides occur among people who know each other and often the shooter was not a criminal until he/she pulled the trigger. I have had a go around about this with one of my readers who just couldn't believe that my brother-in-law was not a criminal or in trouble with the law before he shot my sister. What difference does that make? She's dead now and so is he. He most certainly became a criminal instantly. But he most certainly was not a criminal before his anger got the best of him and he used his gun to solve his problems. When someone is asked to "prove" to a "gun guy" that one's sister was not shot by a criminal, then we have reached a new low in any "discussion". Trying to coyly ask "straw man" type questions when the questioner is pretty sure of the answer or somehow trying to make the person asked doubt their own truths is deceptive, dishonest, rude and unnecessary to the "discussion".
If we are going to deal with our differences, we have to, at the least, have a common set of facts and information. We can have our own opinions, but we can't have our own facts. Common sense tells us that misinformation only leads us down the path of ignorance and intolerance. Any "gotcha" questions and arguments are diversionary tactics meant to confuse the issue. I do my best to deal in facts if I have them and if it is opinion, I try to state that as well.


I must add a correction to my above statements here. I mistakenly pointed out that a commenter had said the cause of domestic violence was the War on Drugs and lack of education. Here is what he said, above:" the cause of most non-domestic violence is a combination of the side effects of the so-called War on Drugs and general poverty/lack of education. Aside from psychopaths, educated people don't normally go on shooting sprees nor lead lives of crime." I apologize for getting that wrong in light of saying we need to deal with facts. There are no excuses other than the fact that I get so many comments to my blog posts that it is hard to keep up with them and read them all as closely as I should. I have no idea, nor does the commenter, about whether non domestic shooting deaths are due to drug abuse and/or lack of education. But I do know that educated people do shoot people and are involved in shooting sprees. I am thinking of Cho, the Virginia Tech shooter, who was certainly educated but had other problems. A number of other mass school shooters have been educated college enrolled students.Whether or not they can be considered Psychopaths, I don't know. I doubt whether we can say that non domestic gun violence is necessarily due to drugs and lack of education. " Mea culpa".
Posted by japete at 12:46 PM