The future of "gun control" 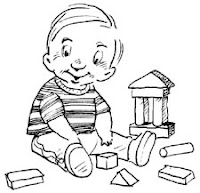 Some of us of a certain age have been working hard for many years now for the cause of preventing and reducing gun injuries and deaths. We've spent a lot of time in the halls of our state legislatures and Congress lobbying for our views and for common sense bills. We've marched, we've held rallies, we've held meetings, we've signed post cards, written letters, made phone calls; we've done fund raising, we've given speeches and had bell ringings, press conferences- you name it and we've done it. We have been frustrated but occasionally rewarded for our hard work.

A new generation is coming. They may think differently about the gun issue than those of us who have fought the good fight on both sides of the issue. I don't know that as many young people are interested in guns for sport and recreation as people older than themselves. Interest in hunting has decreased. And we now have a generation of young people who have experienced school shootings and more gun violence than previous generations. They are not yet as entrenched about this issue and hopefully are more open minded. Young people have been numerous victims and also survivors. Colin Goddard, survivor of the Virginia Tech shootings, is the subject of a film, Living for 32. Maria Cuomo Cole, Brady Board member, wrote this piece for the Huffington Post to feature Colin and the film she produced. Colin is the voice of the future for the gun issue. He is a humble, well spoken young man who lived through the worst school shooting in our country. His story is compelling, to say the least, and he has become a great spokesperson for common sense concerning guns.

The first time I met Colin, I was taken with his story and impressed with his demeanor. He speaks for those who can't speak any more. In a project while interning for the Brady Campaign, Colin visited gun shows all over the country with a hidden camera and found that he could easily buy any type of gun without being asked to go through a background check and sometimes not even an I.D. It was easy. That perspective has made him a strong proponent for requiring background checks on all gun sales at gun shows.

Now meet Demetrius Martin, a child who is coping with the shooting death of his father. This 10 year old Detroit boy's writings about how he has coped since his father's death have been published as a book, " I Really Miss My Dad." Watch this video to hear some of his own words read by Demetrius himself. This was one more senseless act of violence ending in the death of a little boy's father. A bullet has forever changed Demetrius' life. This article from myFoxdetroit.com provides more details about his father's shooting and Demetrius' thoughts as he was trying to cope with his father's murder.


Perhaps children are the hope that something will change regarding senseless shootings. If children like Demetrius speak out, there's a chance that a child listening to his story may make a better choice about being involved with using guns to harm themselves or others. If young adults like Colin speak out, there's a chance that high school and college students will join him in fighting for what's right.
Unfortunately, too many children and teens find themselves the victims of senseless shootings. Guadalupe was walking in her Minneapolis neighborhood on November 12 when a bullet hit her in the neck leaving her seriously wounded and likely permanently unable to walk. Why are bullets flying in our streets? They shouldn't be. Guadalupe's mother has given up her own life to live at the hospital with her daughter. So many lives disrupted by bullets.

What we need is for more children, teens and young adults to speak out to change the odds of being shot and in the name of public health and safety for their communities. It's encouraging that there are some brave young people willing to speak the truth. Demetrius and Colin have shown courage. They provide an example to adults and elected leaders who need to listen to and practice common sense.
Posted by japete at 9:38 PM