No apple pie on Thanksgiving for many 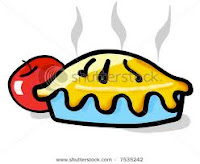 This is a new and extraordinary article published in the Washington Post on Sunday. The article verifies what folks on both sides of the gun issue have been saying in one way or the other. First, that criminals should not have guns and should be punished for their crimes. Second, we should stop criminals from getting guns in the first place. Third, if we could change some laws, we could reduce the number of criminals who get guns. Fourth, there should be consistent national laws to prevent criminals from getting guns. Admittedly, it is I who has been advocating for the latter two of these.

Here is a local story from the Duluth News Tribune about a recent arrest for stealing guns, highlighting locally what the Washington Post story has noted. These young men did not get a chance to use those stolen guns, thankfully. One wonders what they had planned for those stolen guns. We know that many stolen guns are used in crimes and deadly shootings.

In the end, there are victims. Pictures do tell stories. These pictures show the faces of slain police officers. They were shot in the line of duty. The video in this Washington Post link is the poignant story of a crime gun and how it ended the life of a young Indiana state trooper. Listen and watch as the wife of the slain officer talks about the ripple effects of the shooting death of her husband. These stories are far too prevalent in our communities. They don't have to be told. We can work together to make sure that children like the son born to Scott's wife after his death do grow up knowing their parents. The interview with the shooter is haunting. Is he remorseful?

So what's my point here? As usual, I am saying that too many people lose their lives to gun injuries. We can reduce and/or prevent some of the shootings with common sense measures. Apple pie and motherhood supposedly go together. One mother, above, will not get to eat apple pie this Thanksgiving with her now dead husband who was shot while on duty as a State Trooper. This is way too common. The young men in the article, above, were not using common sense when stealing guns and now they won't be eating apple pie with their families at Thanksgiving dinner either. My sister's children and grandchildren will not be eating apple pie with her this Thanksgiving. My mother didn't get to eat apple pie with her daughter for many years before she, herself, recently died.Too many families have empty chairs around their tables this holiday season. Maybe there is a place in the "hereafter" where apple pie is served to those special people in our lives who went before us. They weren't supposed to die from gun injuries. Let's do something about this.

Happy Thanksgiving everyone. Enjoy that apple pie with those you love and keep those who have died from senseless gun injuries in your hearts this Thanksgiving.
Posted by japete at 7:02 PM