What do you believe "Second Amendment remedies" are? 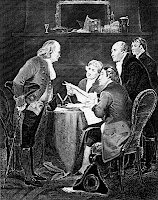 Here's another question I asked on my blog post, "Where there is an open mind...". What do you believe are the Second Amendment remedies proposed by Tea Party Nevada Senate Candidate Sharron Angle. I will list some of the responses below after I first ask my readers to check out this frightening report in Time Magazine's current issue. This one made the hair on my arms stand up. I have written before about militia groups and the rise of same since the election of President Obama. Some folks are scared out of their wits that President Obama is going to take away something (often vague and unnamed) from them. Is it power? Is it their gun rights? Is it their religion? What are they really scared of? These are guys with lots of guns of all kinds and other military equipment. These are guys who run around in the woods with their military style assault rifles and uniforms. These are guys who dress as Revolutionary War figures. These are guys who are lying in wait for some "enemy" to show up at their doors so they can shoot. These are guys who are home grown terrorists who even attempt to make "dirty bombs". These are guys who have hatched assassination plots against the President and some of his staff. These are guys who have hyped up the fear about our President being a Muslim, or an "other"- not born in the U.S. These are scary guys everyone. Are these "second amendment remedies"?

These are a good sampling of the comments left on my blog. Some people chose to blog their comments on their own blogs. I looked at some of these and not others. A few comments were not published by me because they were more extreme and inappropriate than those I have quoted here. My readers can judge for themselves if they think these commenters believe that second amendment remedies are legitimate and defensible. There were only a few who responded that they didn't know what the "remedies" were or thought that they were a bad idea.
If you read the entire linked Time Magazine article, you will be frightened, as well you should be. The article suggests that it is not unbelievable that a lone sniper or crazed militia member would take matters into his/her own hands and shoot elected leaders or create a bomb or some other way of terrorizing the country. Perhaps a few cogent questions of your elected leaders and/or their opponents would help to define the concern and how the country can talk about home grown terrorists and what we can do about them. You might want to ask what they believe "second amendment remedies" are and perhaps if they think this is what the framers of the Constitution had in mind in the writing of the Second Amendment.
Posted by japete at 8:35 PM