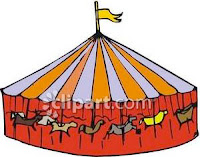 My "friends" from the pro-gun side of the issue are going around and around and around with me about the meaning of words that I have used in my blog. My mother used to say that was "spinning your wheels". Again, I must remind my readers that I did change my focus a few weeks ago when I realized that minds would unlikely be changed for those who are entrenched in their views. So I wrote my "I've changed my mind" post. My purpose here is to convince others of like mind to get active and join me in the cause to prevent gun injuries and deaths. Most specifically, what is needed is for people to contact their elected leaders to make it clear that they expect their representatives to act in the best interest of public safety for all. As I have noted many times, polling shows that the majority of the public, even gun owners, believe that sensible gun laws should be passed. There is agreement about background checks on all gun sales as well as making sure that terrorists can't buy guns legally and other specific provisions.

As an example of the semantic differences, take my latest post about the answers to my question about whether I will ban guns. Some of the same folks got all riled up about what exactly I meant by banning guns. Many appear to believe that any measure at all by way of regulation of guns or their owners or where and who can carry guns means gun banning. To me, banning means this ( from Merriam Webster): "  to prohibit especially by legal means <bandiscrimination>; also : to prohibit the use, performance, or distribution of <ban a book> <ban a pesticide>". This means no guns at all anywhere. It turns out that some of the "gunnies" think that background checks on all gun sales at gun shows is banning guns. They also, according to some of the comments, believe that because there are some places where guns can't be carried, that is a gun ban.


Further, I have been asked to absolutely define what I mean by banning guns and what country I can point to as an example of gun banning. Our country is unique because we have a Second Amendment to our Constitution that no other country has. This makes anything that happens with guns and gun laws in our country totally different than in any other country. I am working for common sense concerning gun laws in the U.S. Anything we do here will be different from any other country. And, by the way, our country is also unique in the number of gun deaths and injuries occurring in a civilized, industrialized country not at war.


Ever since I started blogging, I have been harassed and attacked because of the difference in the way I see the issue of guns and gun violence from some of my readers. In most cases, the assumption is that I must be completely wrong and maybe even crazy to subscribe to the beliefs that I have. And, of course, by default, that must mean that they ( the "gunnies) are always right. When I have found errors in reasoning or fact, I have pointed them out. And then we go around and around with "facts and figures". One particular commenter has tried to overwhelm me with his own statistics and percentages that cause my eyes to glaze over. What's the point?


So I will continue with my blogging with the assumption that my definition of gun banning means that no one can have guns anywhere. Now we know that the Supreme Court, in its' Heller and McDonald decisions, has ruled that out entirely. Never mind. The "gunnies" keep accusing me of wanting to ban their guns. We haven't made much progress, it seems. But I am also aware that there are people reading my blog and not commenting, who do agree with me and hopefully I can persuade them to join me in demanding common sense.
Posted by japete at 9:00 PM