I saw this posted at the place where I exercise. "Where there is an open mind, there will always be a frontier". This is pretty apropos to the "discussion" that has been going on lately on my blog. My posts have been peppered by comments, some of them quite nasty, rude and inappropriate. Many questions have been asked of me and answers demanded. Often the questions are answered by me but the answers are "unacceptable" to the commenters so they ask them again or ask in another way. So I have decided to play "20 questions." 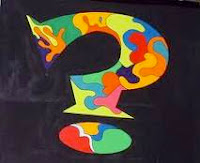 Since this is my blog, I will either publish them as is or put them in quotes for my readers in a response blog. Foul and demeaning language will not be published. Name calling will not be published or acknowledged either. For the most part, these are your opinions but if you can back them up with facts, fine. Please use a peer-reviewed article or actual story of a shooting ( or anecdotes, as my links to actual stories have been called here.) I am hoping to lift the level of discourse here and have some back and forth exchanges that are not unpleasant. I have provided you with lots of information and you have demanded more. I am heartened by recent "discussion" threads that have lead to a more reasonable conversation. I hope that will continue.

I'm ready for the frontier whatever that may be. I try to keep my mind open. I have been accused of the opposite by some of you. I haven't seen many of you open your minds to my ideas. If we can't make it work, so be it. I will continue blogging. This week's quote at my exercise venue is this: " An aim in life is the only fortune worth finding." I like that one. I am aiming for common sense and some coming together of minds and hearts to keep people from being shot.
Posted by japete at 5:39 PM