I couldn't have said it better myself 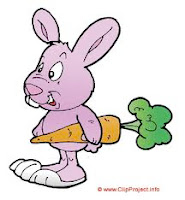 I came across this blog post in the University of Wisconsin's Daily Cardinal by a Sophomore Math and Computer Science student at the University. Matt Beaty has written a well-reasoned article about why open carrying of guns is not a good idea. Several weeks ago, some open carriers decided to enter a Culver's restaurant in Madison with guns in holsters displayed openly. Needless to say, it was of such concern to some of the patrons that one called the police. Naturally, the police challenged the men to show their paperwork to prove that they were not felons. Several of the men stupidly refused. What did they expect? If everyone starts carrying guns around in public places, how will we know the bad guys from the good guys. This is a dangerous new movement in our country and is happening now in quite a few states. Normalizing the carrying of guns as if it is the same thing as carrying a carrot or a cell phone ( as one of the advocates of this movement said about this incident; see linked article above) is just plain wrong. I have written about this before in previous blogs.

What I love about this blog is that it is written by a young person who can see through the arguments and make such a thoughtful, reasoned and cogent plea for common sense. In his own words, Matt Beaty writes: " Like many constitutional rights, the right to bear arms is not absolute. There should also be common-sense limitations. Exercise the right at appropriate times, like when your house is being robbed, you are being attacked or you are in danger. But when you are trying to get a burger at a restaurant, don't bring your Glock, unless you plan on shooting the cow yourself." Family restaurants are not places for openly carried guns. I hope these wise words will resonate not only with other University of Wisconsin students, but with the general public. Thanks to this young man who wrote so well about a current topic of great importance and public safety.
Posted by japete at 9:11 PM